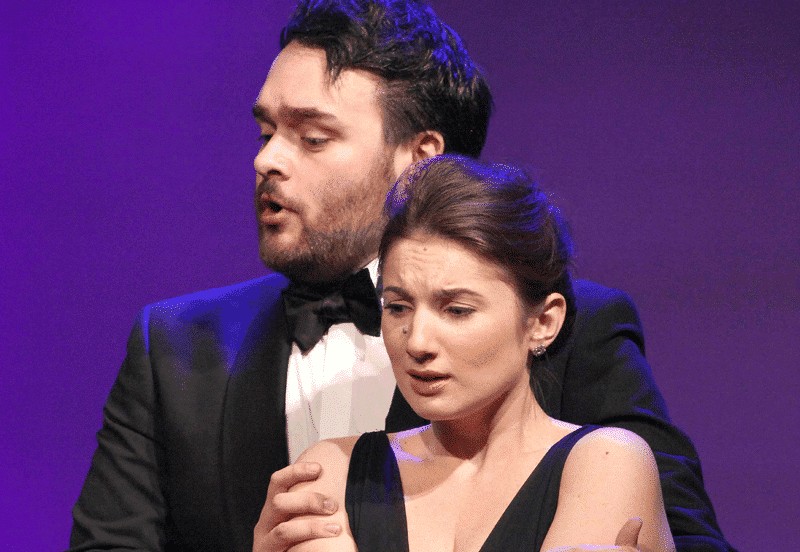 The opera gala consists of a variety of well loved opera arias, duets, and ensembles, followed by some musical theatre classics, in a well established operative prelude to Christmas, and is ideal for anyone who has not been to an opera before, but would like to dip their toe in the water, before committing to a full blown one. Each item is set into context by the director, so no prior knowledge necessary.

For those based in the south, Clonter’s Gala will be transferring to the elegant 18th Century ballroom, originally designed by Robert Adam, at the Lansdowne Club on Thursday 16th November – BOOK THROUGH BOX OFFICE ONLY. For more info visit https://www.clonter.org/event/opera-gala-london/

This year’s gala is generously sponsored by WH Ireland. Robert Race, Head of Wealth Management at WHIreland in Manchester said: “The contribution of organisations like Clonter to the culture of this country is often overlooked and we and our clients are very much looking forward to another intimate and memorable evening this year.” 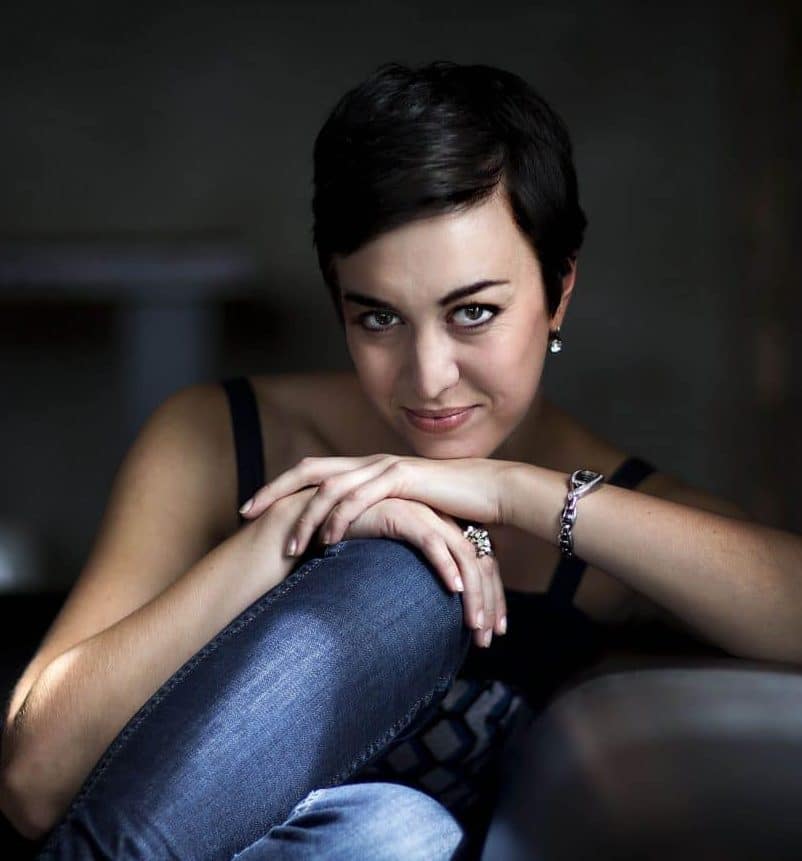 Born in Wellington, London-based mezzo-soprano Bianca Andrew completed her undergraduate studies at the New Zealand School of Music, after which she went on to join New Zealand Opera as an Emerging Artist from 2012 to 2013. Bianca is a graduate of the Opera Studies programme at the Guildhall School of Music & Drama, where she is an Artist Fellow for 2017/18. Bianca’s recent operatic performances include: Un musico Manon Lescaut for Auckland Philharmonia; Radamisto Radamisto, Flycap The Tale of Januarie, Philomène Alexandre Bis, Neighbour Mavra, Laura Iolanta for Guildhall Opera; Meg Page Falstaff for Cambridge Philharmonic; and Romeo I Capuleti e i Montecchi for Days Bay Opera NZ. Bianca is known for her engaging and creative performances both in operatic and recital repertoire, and was the winner of the Song Prize in the 2016 Kathleen Ferrier Awards with her duo partner, pianist Dylan Perez. In 2017, Bianca was one of four finalists in the Guildhall School’s prestigious Gold Medal competition. On the concert platform, Bianca has given performances with all the major orchestras in New Zealand in repertoire from Messiah to Mahler’s 2nd Symphony. She has appeared with the London Symphony Orchestra, recording Schumann’s Das Paradies und die Peri with Sir Simon Rattle for LSO Live, and as a soloist in Tippett’s A Child of Our Time. 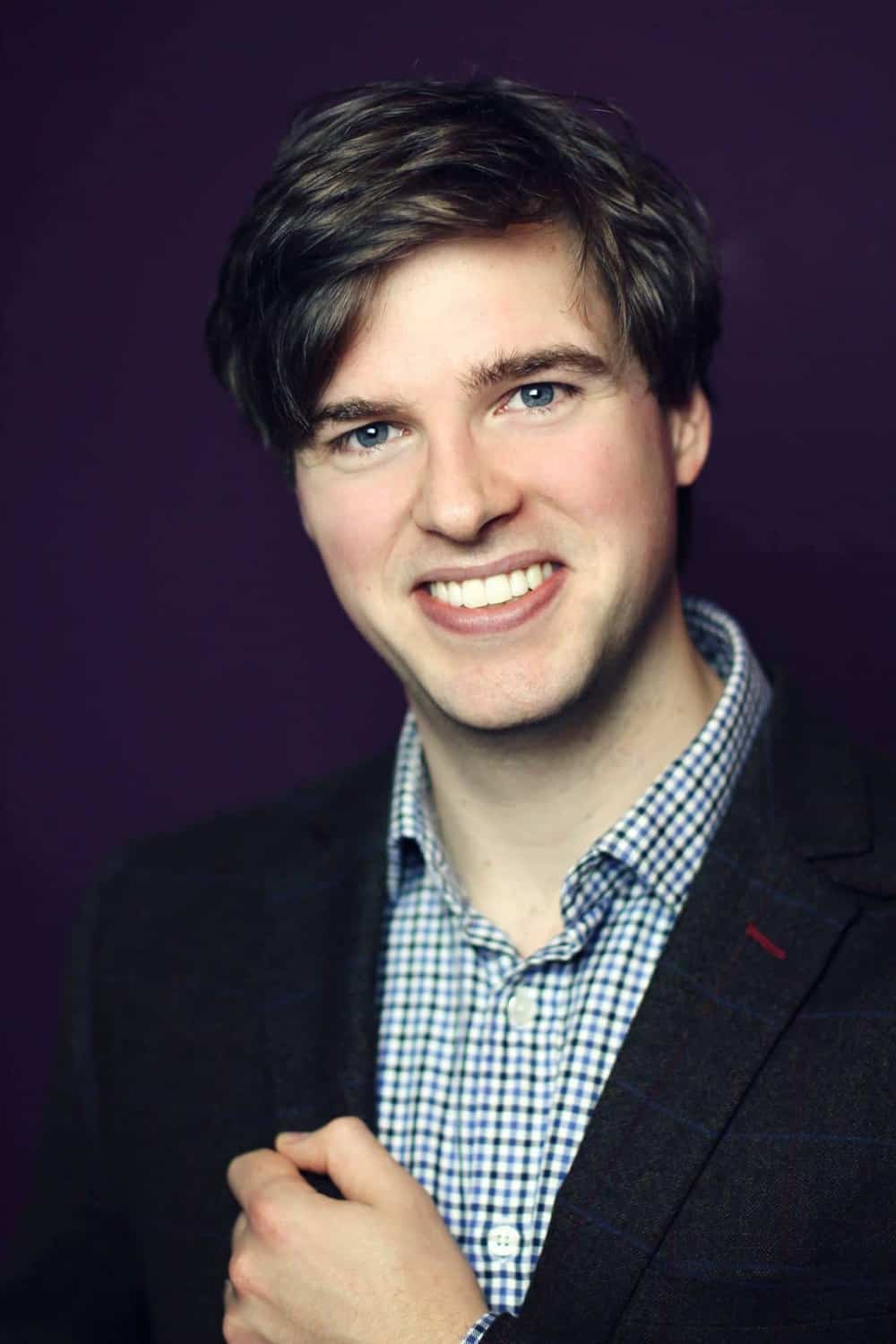 Anglo-Scottish baritone Thomas Humphreys began singing as a chorister at Christ Church Cathedral, Oxford and studied at the Royal Academy of Music. He is currently taught by Gary Coward. This year he sang the title role in Don Giovanni for the Opera Holland Park Christine Collins Young Artist Programme. He made his debut with Glyndebourne Touring Opera as Servo di Flora (La Traviata), as well as covering the role of The Captain (Eugene Onegin) for Glyndebourne Festival Opera. He has been critically acclaimed for his performance of Jake Wallace (La Fanciulla del West) for Grange Park Opera. He has also sung and understudied roles for Opera Holland Park, English Touring Opera, the Merry Opera Company, and the Co-Opera Company, most recently the role of Don Giovanni for Opera Holland Park Young Artist Programme, as well as Marcello (La Boheme) for the Merry Opera Company and the King’s Head Theatre, to critical acclaim. Equally at home on the concert platform, Thomas is in demand as a soloist across the country, often working with the conductors Jonathan Willcocks and Hilary Davan Wetton at venues such as St. John’s, Smith Square, St. Martin-in-the-Fields, Chichester, Guildford and Winchester Cathedrals. He is also an avid recitalist, performing in the UK and Europe with his wife Raya Kostova, particularly in the repertoire of Russian Romances and Lieder. Awards include the 1st Prize and Art Song Prize at the Thelma King Award 2014, as well as 3rd Prize in the Maureen Lehane Vocal Award, at the Wigmore Hall, 2012, 3rd Prize in the Bromsgrove Young Musicians Platform (2011), 2nd Prize in the Ludmilla Andrew Russian Song Competition (2010) and 2nd Prize in the John Warner Memorial Award (2008). Future plans include a recital of English and Russian Song in the Shalyapin House Museum in Moscow with Raya Kostova and the role of Le Grand Pretre (Samson et Delilah) at the Arcola Theatre for the Grimeborn Festival. 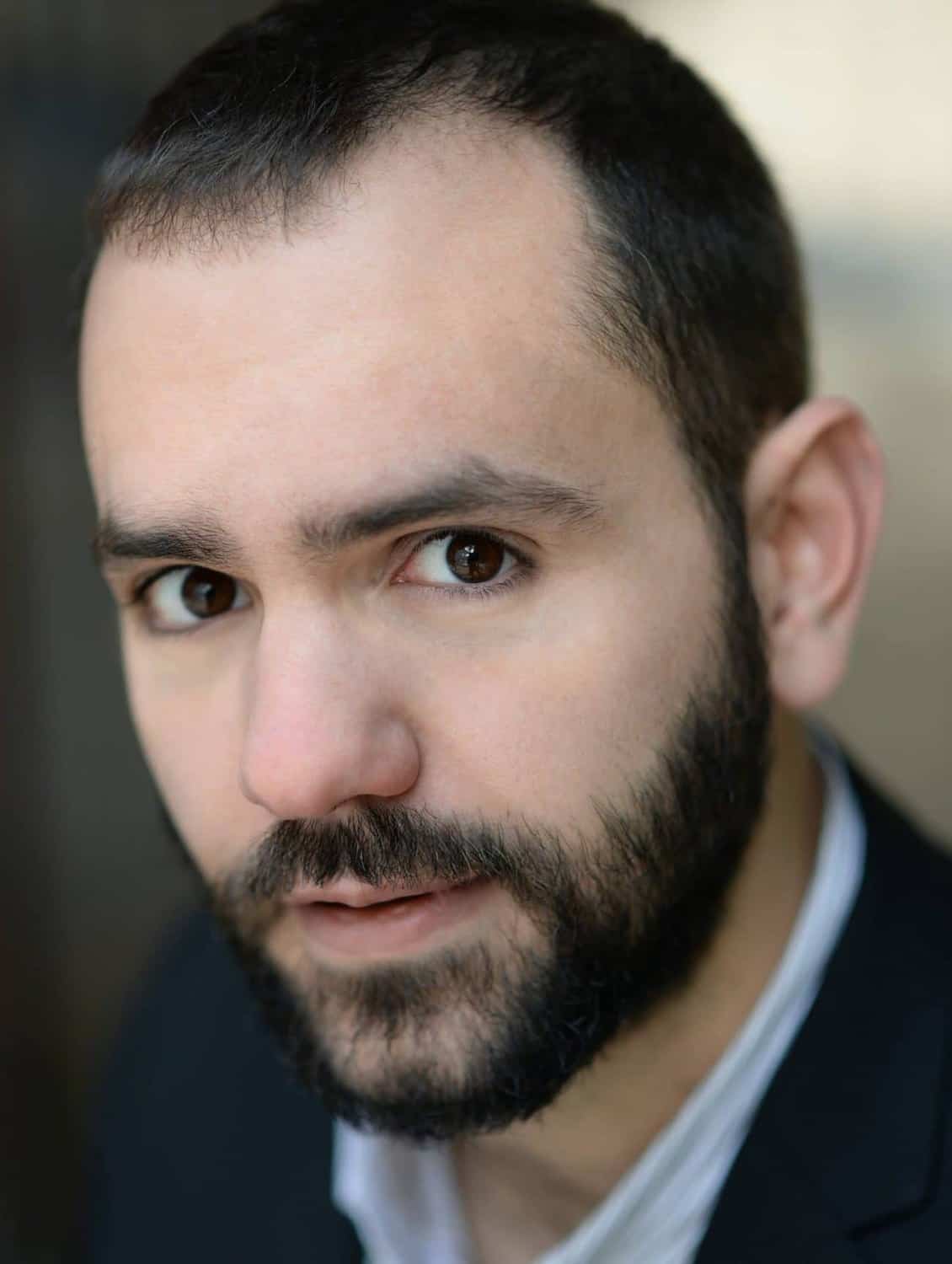 Catalan tenor Eduard Mas Bacardit is currently in his second year of the Opera Course at the Guildhall School of Music & Drama, studying with Janice Chapman and Katherine Paterson. He has appeared as a soloist with the London Symphony Orchestra and Orchestra Purpur and participated in masterclasses with Christa Ludwig, Elly Ameling, Helmut Deutsch, Roger Vignoles, Julius Drake and Wolfgang Holzmair. In 2012 he was awarded the Kathleen Ferrier Society Bursary for Young singers and he was a finalist in the last edition of the Kathleen Ferrier Awards. Eduard’s studies are generously supported by The Amar-Franses & Foster-Jenkins Trust and he is recipient of the Help Musicians UK Tutton Award. 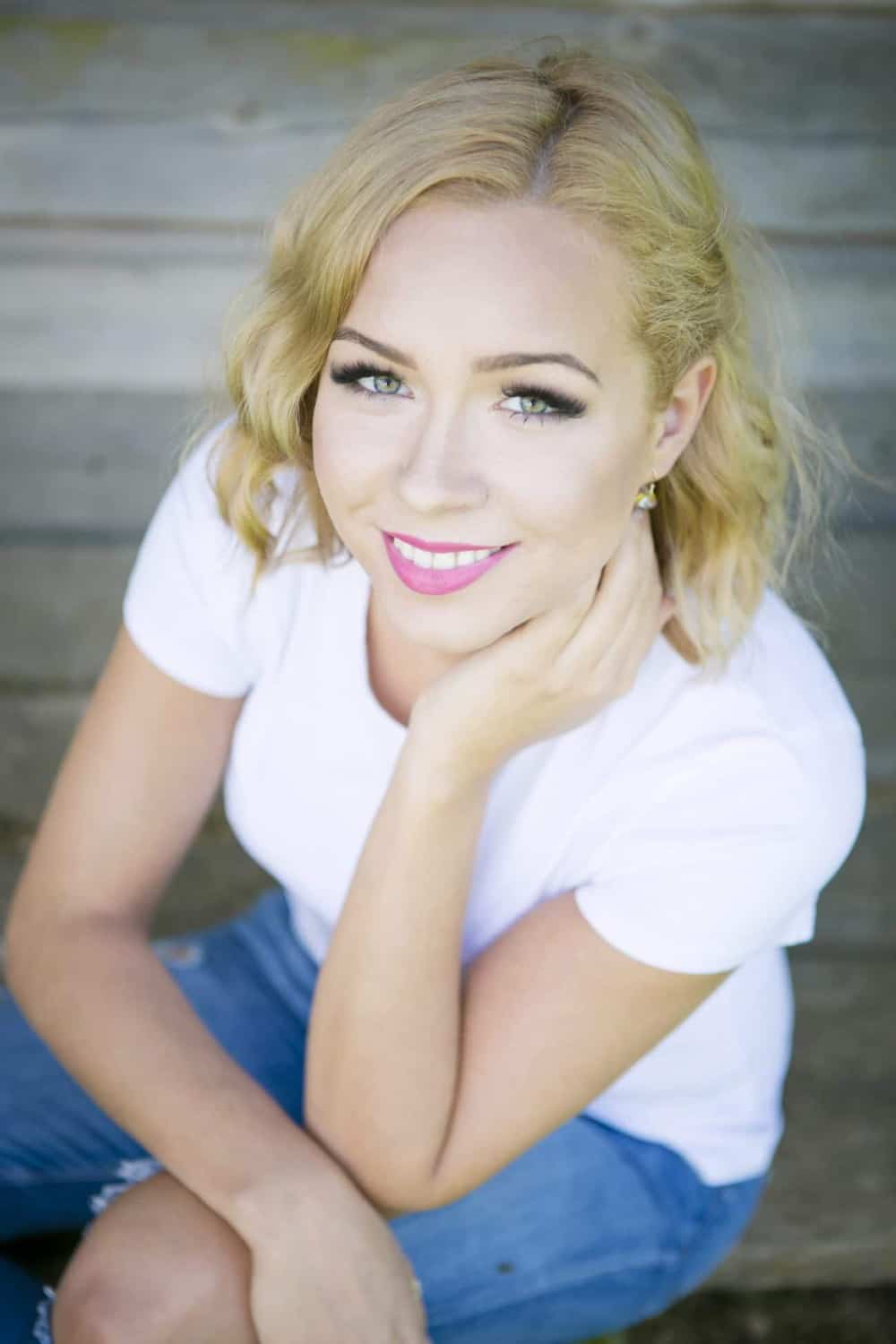 Estonian soprano Mirjam Mesak recently graduated from the Guildhall School of Music and Drama with a First Class Honours Degree. She is continuing her studies on the Artist Masters Programme of the Guildhall School, under the tutelage of prof. Rudolf Piernay. At Guildhall School Mirjam was given the opportunity to work with the finest singers and coaches such as Graham Johnson, Julius Drake, Eugene Asti, Sarah Walker, Stephen Loges, Amanda Roocroft, Clive Timms, Richard Jackson to name a few. Mirjam has performed as a soloist in many of the renowned concert halls such as The Wigmore Hall, The Barbican and Milton Court Concert Hall. Mirjam was born in 1990 in Tallinn, Estonia. At the age of 7 she started singing in the Estonian Television Youth Choir with whom she participated in numerous concert tours and International competition around the world. Being the choir soloist for 15 years she obtained a vast experience in performing. In 2006 Mirjam graduated The Music School of Tallinn playing the piano under the tutelage of Heli Taar. 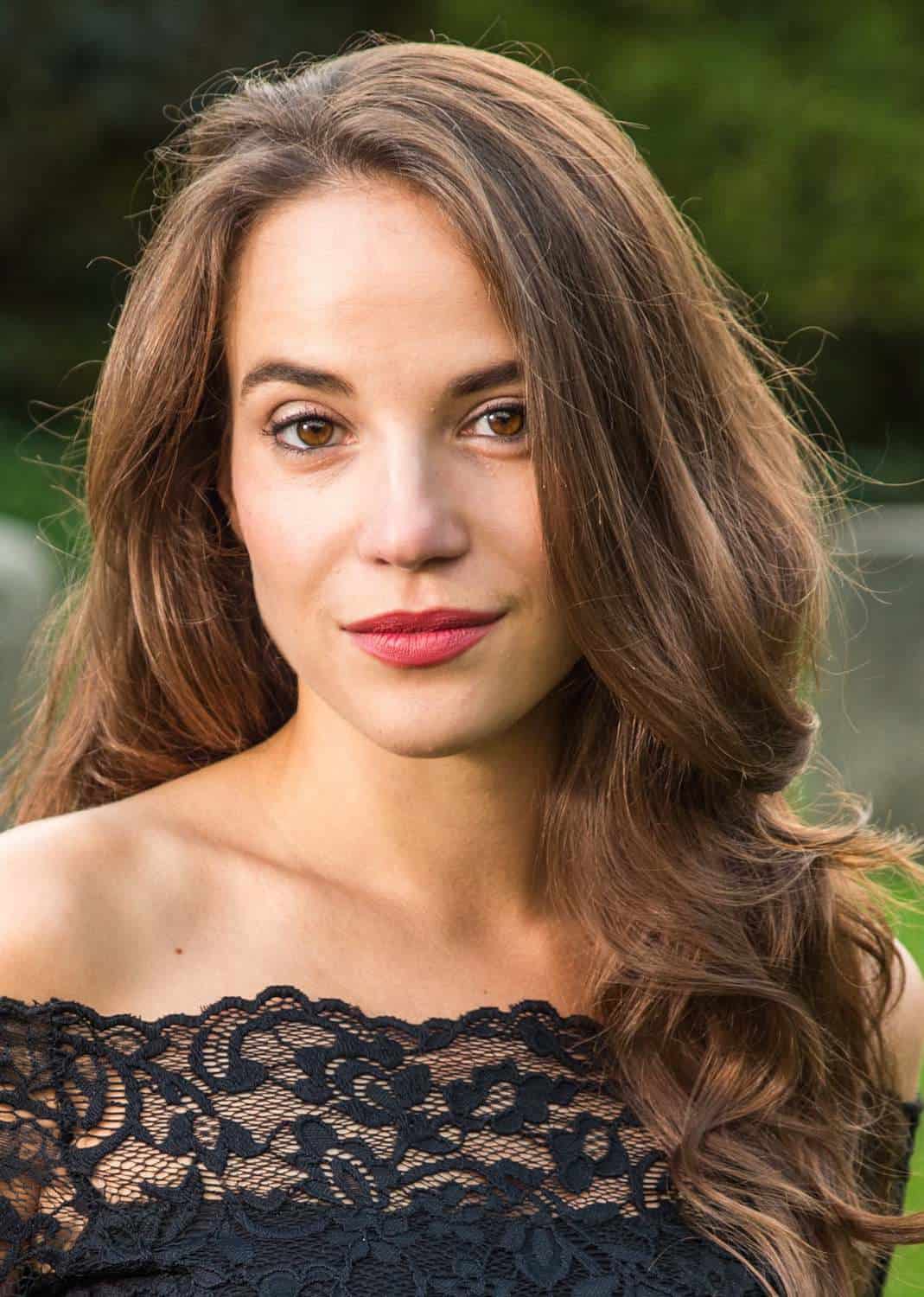 Spanish soprano Lorena Paz Nieto is a member of the National Opera Studio 2017/18. She recently won the Oxford Lieder Young Artist Award, and the Ludmilla Andrew Russian Song Prize. Lorena’s operatic roles include Morgana in Handel’s Alcina, Drusilla, Fortuna and Pallade in Monteverdi’s L’incoronazione di Poppea, Amore in Monteverdi’s Il ritorno d’Ulisse in patria for the Grange Festival, Barbarina in Mozart’s Le Nozze di Figaro, Pannochka in Rimsky-Korsakov’s May Night, Cis in Britten’s Albert Herring, and Gloria in the UK premier of Duráns’ O arame. In September she will sing Despina in Così fan tutte for Holloway Opera. Lorena trained on the opera course at the Royal Academy of Music under the tutelage of Philip Doghan and Audrey Hyland, achieving distinction in her Masters and a DipRAM for an outstanding final recital. Before this, she received a BMus (First Class Hons.) from the Guildhall School of Music and Drama.