Masterclasses in the Time of Corona – 2021

How wonderful it has been to have 5 singers all able to work together on stage, with a director, music director and répétiteur.

Clonter was delighted to welcome back Linda Kitchen, in a different guise, to direct this year’s masterclasses, having formerly appeared on the Clonter stage as a soprano in 1992.

Wyn Davies is also no stranger to Clonter. Some of you may recognise him from his Just Wyn shows, which Clonter was proud to capture a version of on film, and share with the Clonter audience in 2020, but this time around he was here wearing his other hat, having been a pivotal part of the Clonter music staff in yester years, before he crossed the oceans to be Director of Music for New Zealand Opera for nearly 2 decades. How happy we are that he has returned to these shores.

Having carried out a very stringent risk assessment, which included a flow test prior to arrival, a PCR test on day one, and another flow test mid week, as well as consulting widely from the Royal Ballet to Scottish Opera, a performing bubble was created to allow the singers to be able to interact as ‘normal’. 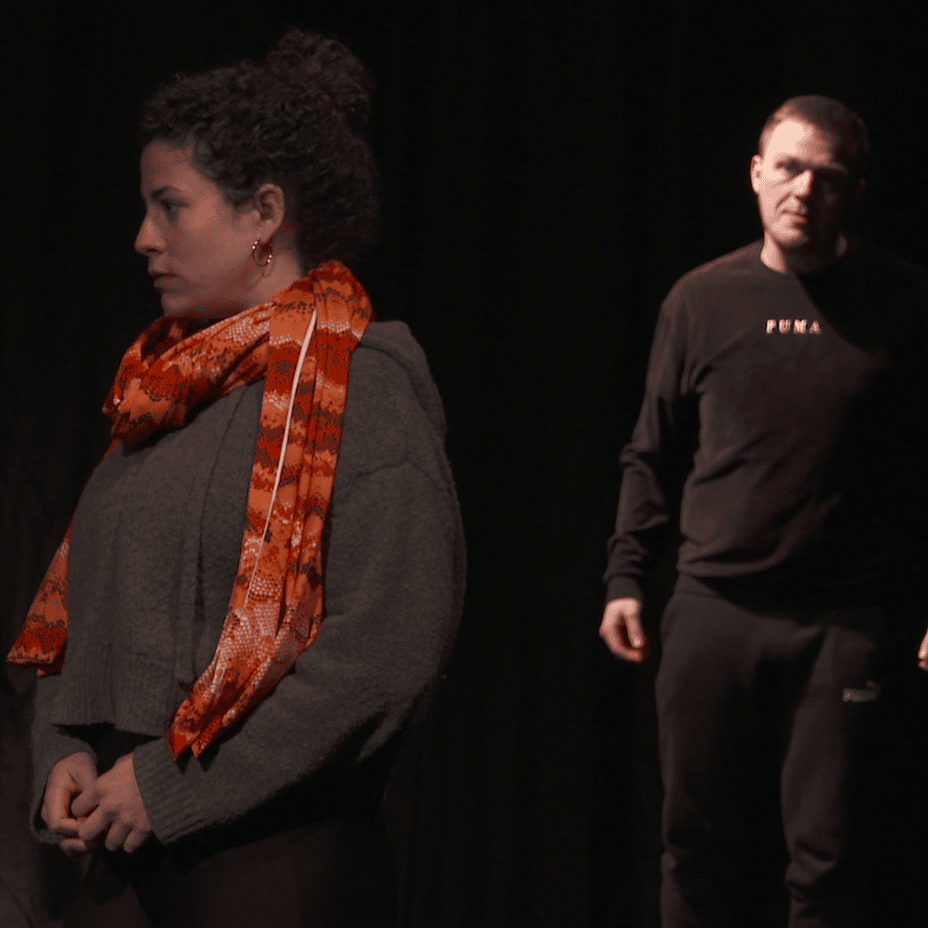 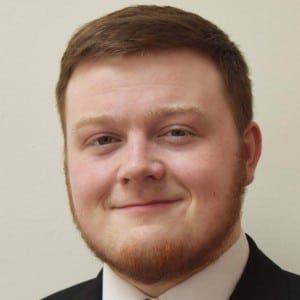 Emyr Lloyd Jones is a 23 year old baritone studying with Quentin Hayes. Emyr is the winner of the Elsie Thurston Prize, the James Martin Oncken Song Prize, the Alexander Young Prize and the Manchester Welsh Society prize at the RNCM, and the Joyce Budd Prize at the Kathleen Ferrier Society Bursary for Young Singers. He has performed in the RNCM opera chorus in productions of Handel’s Theodora, Massenet’s Cendrillon and Humperdinck’s Hansel and Gretel, and recently Pinellino in Puccini’s Gianni Schicchi, Obstinate in Vaughan Williams’ The Pilgrim’s Progress and Officier in Poulenc’s Dialogues des Carmelites. During the summer of 2018, Emyr appeared at Buxton Festival Opera in a semi-staged performance of Brescianello’s Tisbe with La Serenissima. Recently Emyr was a finalist in the Frederic Cox Award. Upcoming performances include the role of Edmund Bertram in Dove’s Mansfield Park at the RNCM and Adonis in Venus and Adonis with Mid Wales Opera. Emyr will be joining Buxton Festival Opera Young Artist Program in the summer.

Click here to watch ‘Look! Through the Port’, Billy Budd, Britten (from Clonter’s Masterclasses in Lockdown 2020) 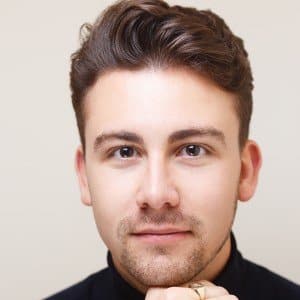 Welsh tenor Ryan Vaughan Davies is studying his Masters of Performance with Russel Smythe at the Royal College of Music. He is the Ivor Llewelyn Foster Scholar generously supported by Monika Saunders Award. Ryan made his professional debut as Second Priest in Longborough Festival Opera’s production of Die Zauberflöte, conducted by Anthony Negus and directed by Thomas Guthrie. He has since worked with the La Serenissima for their production of Tisbe in The Buxton International Festival and at The Grange Festival for their productions of Falstaff and Belshazzar, whilst also understudying the role of Don Basilio in Le Nozze di Figaro. Ryan also enjoys singing on the concert platform with recent performances in the USA and Norway. He has recently worked with Dennis O’Neill, Roger Vignoles and Stuart Burrows on performance and repertoire. He looks forward to performing in the ensemble of Puccini’s Il Tabarro at the BBC Proms. 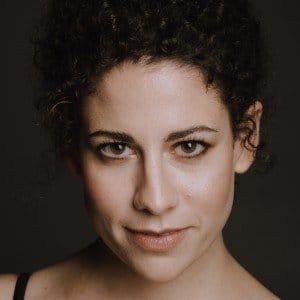 Elena Zamudio is a classical singer from Spain, who graduated from the Escuela Superior de Música de Cataluña, Barcelona, in 2019, and is currently joining her last year of the MA Advanced Opera Performance with David Seligman Opera School at the Royal Welsh College of Music & Drama. Her studies are generously supported by the Clive and Sylvia Richards Charity. She began her violin musical studies in Elche, Alicante, at the age of eleven. Four years later, she felt that singing was her vocation and moved to Barcelona to continue her studies at the Municipal Conservatory of Barcelona, obtaining an Honorable Mention at the end of the Professional Degree and the Second Prize as a soloist at the l’Arjau Contest in Barcelona. She continued her training at the Escola Superior de Música de Catalunya (ESMUC), where she did her undergraduate training whilst also performing concerts in venues such as the Cercle del Liceu, L’Ateneu Barcelonés and the Real Artistic Circle of Barcelona. In addition, her continuous training led her to take master-classes with singers such as Jaume Aragall, Carmen Bustamante, Carlos Mena and Marcel Boone. Recently, Elena was awarded the prestigious 2020 Janet Price Opera Prize at the Royal Welsh College of Music & Drama. 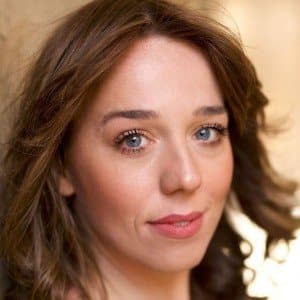 Stephanie Stanway is a Samling Artist from Glasgow and is a recent graduate from the Alexander Gibson Opera School at the Royal Conservatoire of Scotland under Wilma MacDougall. Before studying at the RCS, Stephanie graduated from the Royal Northern College of Music with a Bmus (Hons) and PGDip (distinction). Stephanie is the recipient of the Ye Cronies Opera award The Dame Eva Turner Vocal Prize. Opera Credits include Principle, Pop-up Opera (Scottish Opera) Mary, Amadeus and the Bard (Scottish Opera), Lauretta, Gianni Schicchi, (RCS) Ida, Rosalinda (Cover) Die Fledermaus (RCS) Nun, The Fiery Angel (Scottish Opera) Miss Wingrave (cover), Owen Wingrave (British Youth Opera) Dolcina, Suor Angelica, Miss Jessel, The Turn of the Screw and Miss Pinkerton The old Maid and the Thief (Manchester Opera Ensemble). Stephanie has an interest for contemporary music and has created the roles of Emily, Emily (Tim Benjamin) and Ursula/Seppi, Mysterious 44 (Kevin Malone). On the concert platform Stephanie has performed all over the UK. Works include Handel’s Messiah, Nelson Mass (Haydn) Time of War mass (Haydn), The Eternal light (Howard Goodall), Petite Solennelle (Rossini), Mass to St. Cecile (Gounod) and The Armed Man (Karl Jenkins). This summer, Stephanie will return to Scottish Opera where she will perform ‘Pop-Up Opera’ versions of The Gondoliers, The Mikado and Iolanthe which will tour all around Scotland. Stephanie is represented by Helen Sykes Artist Management. 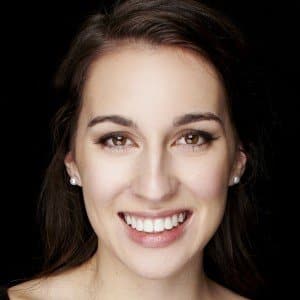 This year, Australian mezzo soprano Shakira Tsindos will perform Zerlina in Don Giovanni, Hansel in Hansel and Gretel, Jill in a newly commission opera Little England, and the title role in Carmen. Shakira has been an active performer in the national and state opera companies in Australia, performing the roles of Agatha in By the Light of the Moon for Opera Australia; Dorothée in Cendrillon, Alisa in Lucia di Lammermoor and Il Cucolo in La bella dormente nel bosco for Victorian Opera. Her European credits include; Second Witch in Dido and Aeneas in Maulbronn, Germany, Dorabella in Così fan tutte in Sicily and the Daughter in HERA’s production of Generation in the UK. Shakira is currently completing the Guildhall Artist Masters in Performance at the Guildhall School of Music and Drama in London and has held a scholarship with the Melba Opera Trust, the Acclaim Awards and Opera Scholars Australia.

Born in the Morecambe, Linda studied at the Royal Northern College of Music and at the National Opera Studio. Having served her apprenticeship at Glyndebourne Festival, she became a principal soprano at the Royal Opera House, Covent Garden. Linda sang a range of roles, including Susanna, Drusilla, Zerbinetta, Pamina, Despina, Gretel and Magnolia in Showboat, both in UK and across Europe. In 2004, she leapt off the stage into the role of opera director. Her directorial début was Shakespeare’s Hamlet in the ruins of St. Dogmael’s Abbey. Linda’s relocation to New Zealand in 2006 gave her many opportunities to direct numerous productions for Opera Factory, the University of Auckland and Southern Opera as well as projects for New Zealand Opera. Her productions of The Magic Flute, L’Heure Espagnole, Suor Angelica, Albert Herring, Die Fledermaus, Messiah and Carmina Burana were a highlight of her time spent in New Zealand where she also led the Theatre and Opera Skills courses at the University of Auckland. Linda has become known for her devised operatic comedies through her creations of Fast Forward Figaro, The Casanova Project (a hip hop version of Don Giovanni), Flora & Dora, Trump It and, more recently, Pants, which played at Frome and Buxton Festival. Linda’s book, Opera Lives, was published in 2018, and in 2019 she moved her own opera life back to our shores. She is delighted to be home and able to work alongside old friends and colleagues, especially through a programme for re-emerging artists initiated by the National Opera Studio, which Linda is leading. Being part of the RWCMD and WIAV team to help the development of young artists, as well as supporting singers of all ages and their audience is an important part of Linda’s life. 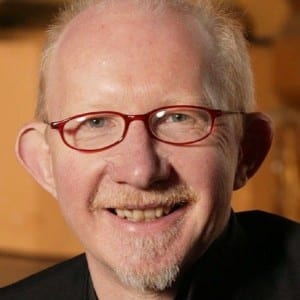 Wyn Davies was born in South Wales and graduated from Christ Church Oxford.  He works with a wide range of opera companies, orchestras, theatre companies, in the West End and in cabaret. He has been Director of Music to New Zealand Opera since 2005 where his most recent productions have been Die Zauberflöte, La Traviata and Katya Kabanova. Wyn Davies first worked with Welsh National Opera. He conducted a wide variety of repertoire there, including his own edition of Monteverdi’s  L’Incoronazione di Poppea as well as Janáček cycles and Krása’s children’s opera Brundibar (televised). He later spent two years as assistant conductor at the Metropolitan Opera, New York and undertook two seasons for the Banff Centre in Canada, which included the award-winning production of Weill’s Threepenny Opera in Toronto. Wyn Davies has conducted the Welsh and English National Operas, Scottish Opera and Opera North, where his collaborations have been frequent and successful from the co-production with the Royal Shakespeare Company of Show Boat (also in the West End and on tour) to Madam Butterfly, The Merry Widow and two Gershwin musicals: Of Thee I Sing (also Bregenz) and Let ‘Em Eat Cake. Wyn Davies has worked with the Hallé Orchestra, the Scottish Chamber Orchestra (Millennium Concert), several BBC orchestras and many other orchestras from Serbia to New Zealand. Recent projects include The Magic Flute, Don Giovanni and La Cenerentola for New Zealand Opera; Street Scene at the Royal Welsh College of Music and Drama; The Merry Widow at the Royal Northern College of Music; A Child of our Time for the National Youth Orchestra and Choir in New Zealand; Don Pasquale in Japan; Dido and Aeneas and La Voix Humaine for Opera North; La Cenerentola for Queensland Opera and Opera North and Under Milk Wood (an Opera) a co-production with Le Chien Qui Chante (Quebec), Companion Star (New York) and Welsh National Opera. 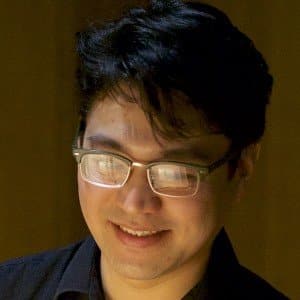 Japanese-born pianist Satoshi Kubo began his initial training in Oita, Japan. He is a distinguished graduate of the Conservatoire National Supérieur de Musique in Paris, studying with Itamar Golan, Jeff Cohen and Roger Muraro. He also discovered a passion for chamber music at the Festival Pablo Casals in Prades, where he worked as official class accompanist of its International Academy for several years. Kubo has been awarded numerous prizes, including the Prix de Duo Chant-Piano and the Rainier III de Monaco at the 6th Concours International de Chant-Piano Nadia et Lili Boulanger along with soprano Raquel Camarinha; and the Grand Prix at the Forum Musical International de Normandie, along with cellist Hee-Young Lim. Now based in London, Kubo works as a freelance pianist and opera répétiteur. He was a 2017-18 Young Artist at the National Opera Studio in London, generously supported by the Nomura Foundation during that time.  He regularly collaborates with singers and works internationally for major and independent opera companies, including the Hessisches Staatstheater Wiesbaden, the Royal Opera House, The Opera Story, and New Sussex Opera.  Since 2018, he has worked as coach for the Jette Parker Young Artists Programme, Royal Opera House. His most recent work is researching the Takuboku songbook composed by Yasuji Kiyose, and the use of the Japanese language in art song performance. 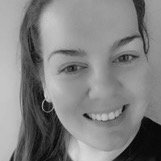 Watch this space for the mini documentary coming soon.