Cinderella shall go to the ball. Actually not just Cinderella, but Carmen, Musetta, Hansel and Gretel, The Witch and Papageno will be going to the Edinburgh Fringe in one week’s time. This is a bold endeavour on the back of the summer opera production, but thanks to a generous private benefactor, the Leche Trust, and the Fidelio Charitable Trust, and a quest also to give this little production a longer life, following the success at the Just So Festival last year, it was felt it was worth a go.
.


If you know anyone going to the Edinburgh Fringe with children, do tell them to check it out.

Join Papageno on his quest to find a magpie feather for the Queen of the Night. Meet his friends Cinderella, Hansel and Gretel, as well as a witch, Musetta and Carmen along the way. Learn a song, a dance and how to undo a witch’s spell, and learn words sung in different languages.

So many adults have very strong preconceptions about musical theatre and certainly opera. It is Clonter’s quest to break down these barriers, but above all, through its education programme, to stop them before they are ever constructed.

Clonter prides itself on introducing the wonder of the operatic art form, alongside musical theatre, to children at a very young age, making it as accessible as possible, in the hope of planting a seed that will stay with them throughout their lives – just a love of good music, possibly an appetite for learning an instrument, or a language, but above all that music and the performing arts are something they can enjoy, and can become part of everyone’s life. 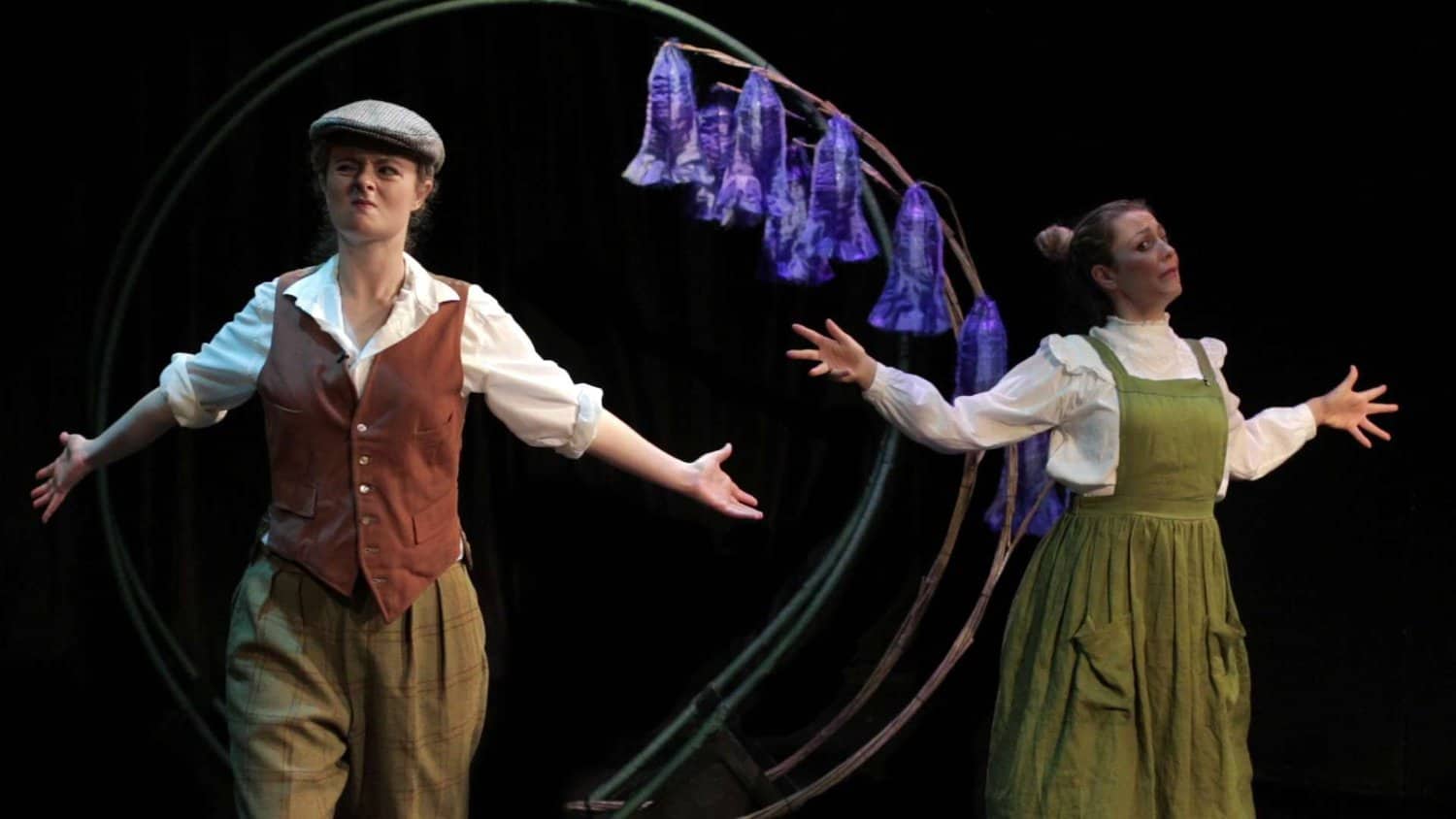 This show was developed as part of Clonter’s Educational Workshop programme pre Covid, and was further developed and piloted at an open air event in 2020, having its debut at the Just So Festival in Cheshire last year, to rapturous applause.

Clonter is delighted to be making its debut at the Edinburgh Fringe this year.

This show is most suitable for children aged 5 and older.

Sponsored by an anonymous donor, the Leche Trust, and the Fidelio Charitable Trust.
. 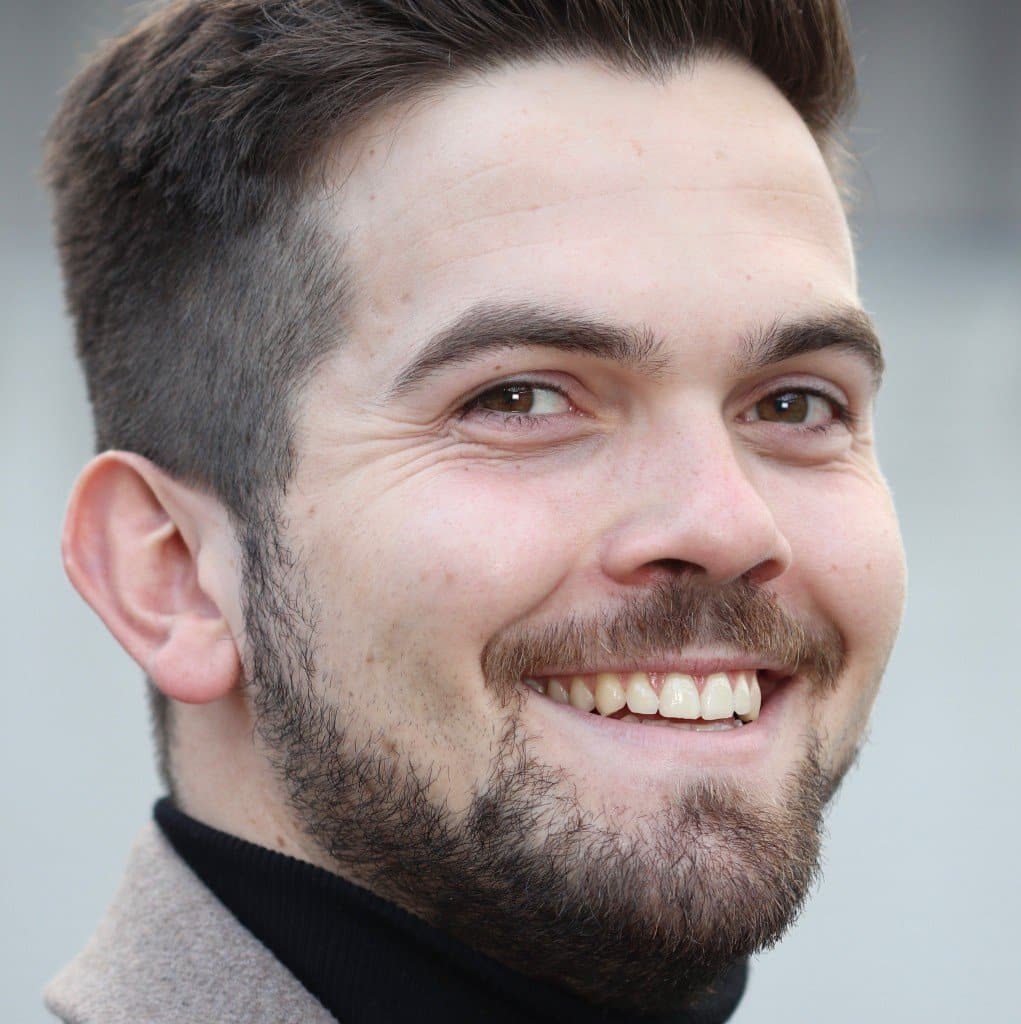 Welsh operatic baritone John Ieuan Jones graduated from the Royal Northern College of Music in 2019, where he studied with Matthew Best. His studies were kindly supported by the Drapers’ Company, the D’Oyly Carte Trust, George Henry Peters Scholarship and the Gwilym Gwalchmai Jones Award. He now studies with Russell Smythe. Ieuan has been fortunate to have won several awards and scholarships, including the Andrew Lloyd Webber Foundation, the Help Musicians UK Sybil Tutton Award, first prize in the RNCM James Martin Onken Song Prize and runner up in the prestigious Elizabeth Harwood Memorial Prize. The Eisteddfod has played a big part in Ieuan’s career, and he has been successful at a National level, winning both main prizes for singing, the Blue Ribband Osbourne Roberts Scholarship and the W. Towyn Roberts Memorial Scholarship. His operatic roles include Boyar Sheloga/Bomley in Ivan the Terrible, Flemish Deputy in Don Carlo and Male 1 in The Life and Death of Alexander Litvinenko with Grange Park Opera, the title role in Brundibar by Krasa with Welsh National Opera, Antonio (cover) in Le Nozze di Figaro at Longborough Festival Opera, Masetto in Don Giovanni with The Merry Opera Company, the title role in Der Diktator by Krenek with Oxford Alternative Orchestra and Marcello in La Boheme with Outreach Opera. Ieuan also covered this role at Grange Park. As an in demand concert singer, Ieuan has performed internationally as a guest soloist, having performed throughout the UK, in Europe and the USA. Highlights include being the guest soloist at the London Welsh Festival of Male Voices at the Royal Albert Hall, an opera gala at the Bridgewater Hall, sharing the stage with Sir Bryn Terfel in the opening concert of the National Eisteddfod at the Millennium Centre, an opera gala at St David’s Hall Cardiff, and being invited out to perform at the North America Festival of Wales in both Washington and Philadelphia. Ieuan also works in theatre, and in 2019 played the Count in a national tour of new musical, The Marriage of Kim K by Leo & Hyde and in 2022, is very excited to be making his National Theatre debut in the Emlyn Williams play The Corn is Green. This will be a singing role.
. 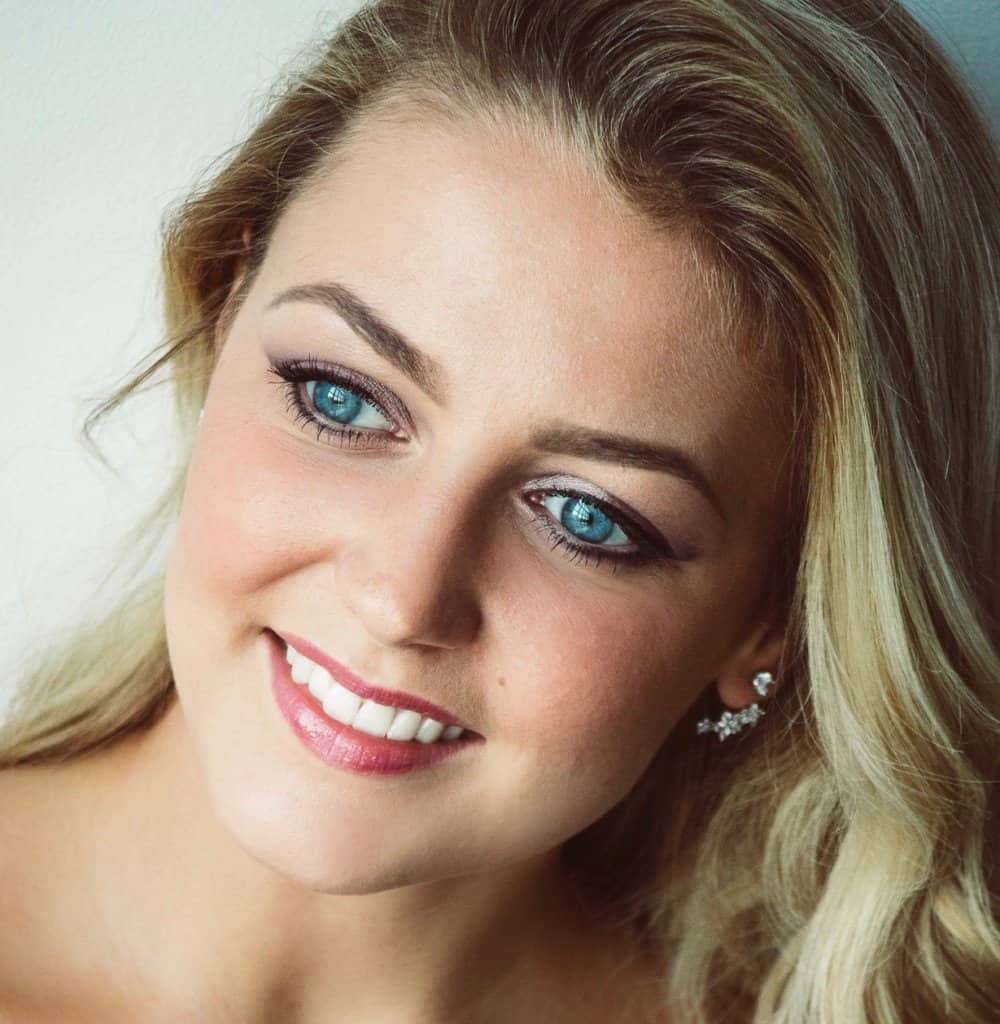 Naomi Rogers (Cinderella, Gretel & The Queen of the Night)

Naomi is a soprano from Suffolk with a Master of Music in Performance degree and a Bachelor of Music degree from the Royal Northern College of Music. She has most recently finished working with Clonter Opera, BBC1, Opera North, Buxton Opera, and Northern Opera Group. This season, Naomi looks forward to singing for Opera Holland Park in Adamo’s UK premier of ‘Little Women’, singing Papagena and Gretel in the Edinburgh International Festival, and working with Clonter Opera for their month of opera outreach. In 2023 she looks forward to premiering a contemporary opera by Gary Lloyd, playing the lead role and taking it on tour around the UK. Past operatic performances include: lead role (Juno) in Oxfordshire Contemporary Opera’s ‘@Emele’ (Simmonds), Northern Opera’s ‘Thomas and Sally’ (Dorcas) by Arne, and Pauline Viardot’s ‘Cinderella’ (ugly step-sister Armelinde) which was the winner of the ‘Classical Music Digital Awards 2020. She sang a role in Poulenc’s ‘Dialogues des carmélites’ (Soeur Martha), Vaughan William’s ‘The Pilgrim’s Progress’ (Madam Bubble), Puccini’s ‘Suor Angelica’ (Maestra della Novizie), Offenbach’s ‘La Vie Parisienne’ (Clara), Kurt Weill’s ‘Street Scene’ and Benjamin Britten’s ‘A Midsummer Night’s Dream’ (Peaseblossom). Furthermore, she performed at the Buxton’s International Opera Festival in the operas ‘Georgiana’ (multiple composers) covering the role of Grey, and in the chorus of both Tchaikovsky’s ‘Eugene Onegin’ and Caldara’s ‘Lucio Papirio Dittatore’. Naomi also premiered the brand new opera ‘Dotter Of Her Father’s Eyes’ by Gary Lloyd, singing the title role at the Dublin 2019 WorldCon, held in the Convention Centre Dublin. As a regular concert performer, Naomi’s highlights are performing as guest opera singer on BBC1’s ‘I Can See Your Voice’ 2021, as guest soloist at the International Opera Awards 2019 which took place at the Saddler’s Wells Theatre in London and singing Mozart repertoire with the Hallé Orchestra at the Bridgewater Hall. In 2020, Naomi made her recording debut as soloist in Sullivan Songs alongside Sir David Owen Norris and in last June featured as an artist for La ScenaMusicale,  Canada’s most respected classical music, opera, jazz and world music magazine. Finally, Naomi ended 2021 on a high, winning the Sir David Maddison Opera Prize.
. 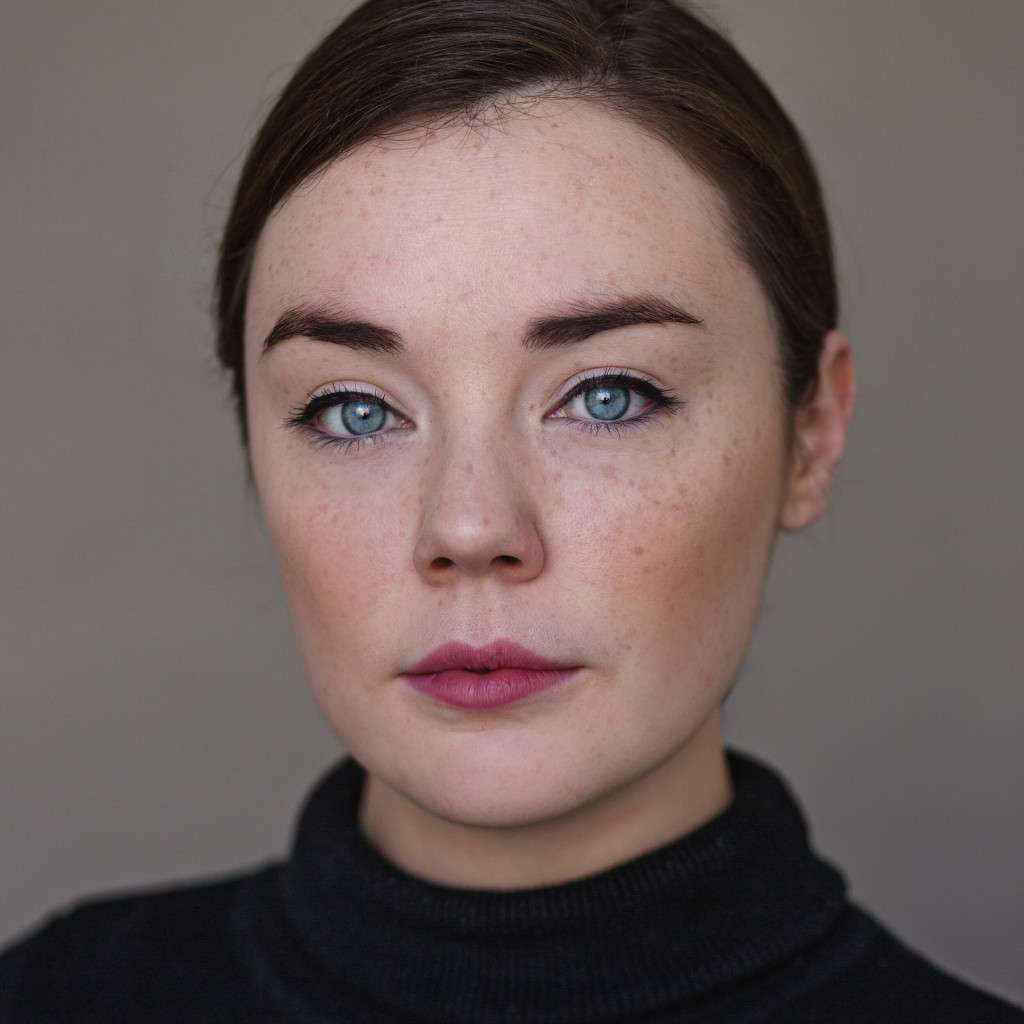 Irish mezzo-soprano, Sarah Luttrell, will be replacing original cast member, Charlotte Badham (featured in the trailer). Sarah is an honours graduate of the TUDublin Conservatoire and a recent graduate of the Royal Conservatoire of Scotland where she was the recipient of the ‘RCS Trust Postgraduate Scholarship’. Sarah has performed with Irish National Opera, Lyric Opera Company, Blackwater Valley Opera Festival and Northern Ireland Opera. She has sung various roles in Opera Scene Concerts, most recently; as Giove in Cavalli’s ‘La Calisto’, Sesto in Handel’s ‘Giulio Cesare’, Idamante in Mozart’s ‘Idomeneo’ and Erika in Barber’s ‘Vanessa’. Sarah has also fulfilled the role of Mrs. Nolan in a run of shows of Menotti’s Opera, ‘The Consul’ with TUD’s Opera Society. Sarah looks forward to joining the Wexford Opera Festival this year as a young artist, where she will perform the role of Zibaldona in the Irish Premiere of Alma Deutscher’s opera ‘Cinderella’.
. 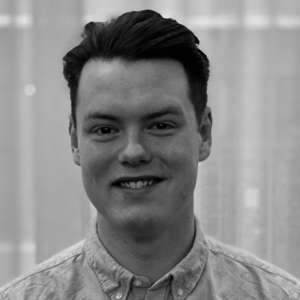 Tom is a freelance pianist, organist, and musical director based in Manchester. He studied Music at the University of Manchester whilst holding the Pilling Trust Organ Scholarship at St. Ann’s Church, studying organ under the Director of Music, Simon Passmore. Whilst at St. Ann’s, Tom was the organist for several television and radio broadcasts. Before starting university, Tom was also the Organ Scholar at Chichester Cathedral. As a musical director, Tom is currently working with South Manchester AOS on their upcoming production of Grease, and will also be joining them as musical director for Little Women this summer. As a rehearsal pianist, Tom has worked on a number of musicals and operas, including Gypsy for the Royal Exchange Theatre, Sweet Charity for the RNCM Young Company, Fire of Olympus for Radius Opera, and both Die Zauberflöte and La Bohème for Flat Pack Music. Tom has enjoyed a varied career as a pianist, working with choirs and orchestras, schools and universities across the North West, supporting music-making with professionals and amateurs alike. He is the accompanist for Gatley Choir, the RNCM Chamber Choir and Symphony Chorus, and the National Children’s Choir of Great Britain. He is delighted to be taking on the accompanist position with The Barnby Choir.
.