There is just one month to go until curtain up on the delayed production of the Barber of Seville.

Their names are in the programme, but you never get to know more. Here’s trying to go some way to putting that right.
. 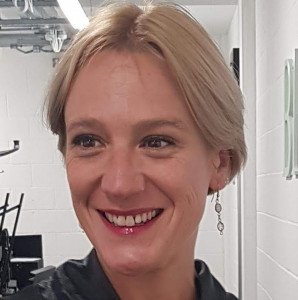 Liz Rossi was born in London and studied at the Yehudi Menuhin School and Junior Royal Academy of Music. She then won a scholarship to study with Wen Zhou Li at the Royal Northern College of Music. In her postgraduate year she was appointed No.5 1st violin in the Halle where she played for the next 11 years. In 2009 Liz left the Halle to persue a freelance career focusing more on chamber music with her quartet and other small ensembles Liz also led theSt Endellion Easter Festival Orchestra for 2 years. She now enjoys a busy varied schedule playing with chamber, symphony opera and ballet orchestras as well as teaching at the junior R.N.C.M where she was appointed member of staff in 2010. Liz also teaches privately as working with talented students is a great passion in her life. Liz plays on a c.1750 violin attributed to Carcassi bought with the aid of a loan from the Delius Trust.
. 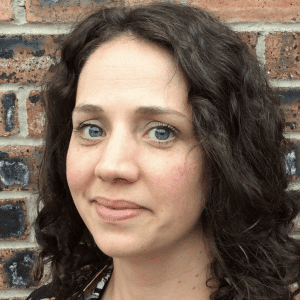 Laura has been Sub-Principal 2nd Violin with Northern Ballet Sinfonia since 2007. Originally from London, Laura’s love of music began when she was offered violin lessons in Primary School. She went on to learn with George Stevens and then with Professor Esther Boda- Katona at the Junior Department of the Royal College of Music, where she also studied piano and composition. Laura then moved to Manchester, to study with Professor Maciej Rakowski for her Undergraduate and Postgraduate Diplomas at the Royal Northern College of Music. After graduating in 2002, Laura began her career as a professional violinist with the Orquestra do Algarve, in Portugal. Laura developed a taste for travelling and has been fortunate enough to travel the world with her string quartet over the years. Highlights include cruises to Spitsbergen, Canada and USA, as well as many trips to the Mediterranean and performances to Her Majesty The Queen. Laura also enjoys a busy freelance orchestral career, performing regularly with orchestras in the North-West such as Orchestra of Opera North, Royal Northern Sinfonia, and Manchester Camerata. Laura is incredibly passionate about teaching. She is the founder and musical director of SŌ STRINGS, a string orchestra for young string players based in Cheshire.
. 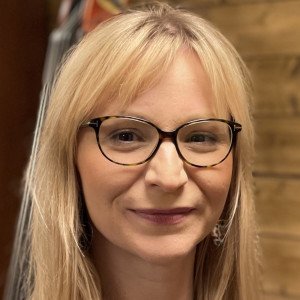 Josephine is a passionate musician and educator. She was awarded a first class degree and postgraduate diploma from the Royal Northern College of Music where she studied with Simon Rowland-Jones and David Aspin. From Götterdämmerung to Glastonbury Josephine enjoys a varied career as a freelance viola player. Over the past decade she has worked as a soloist, in chamber groups and with larger ensembles such as Manchester Camerata and Opera North. Her inspirational training in Dalcroze Eurhythmics led her down the pedagogical path and until very recently she was Head of Junior Performing Arts at Giggleswick School. Josephine takes pleasure in everything that comes with living in the Rossendale hills with her young family and Airedale Terrier.
. 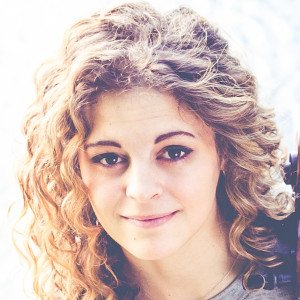 As an accomplished chamber musician and orchestral cellist, Maya enjoys a busy career performing with numerous world-renowned ensembles. After starting the cello at the age of 6, she quickly discovered a passion for the instrument and soon after began studying with Selma Gökcen at the Guildhall School of Music Junior Department. In 2009 Maya won a full scholarship to study at the Royal Northern College of Music, where she studied with Raphael Wallfisch and Chris Hoyle. Since graduating from the RNCM, Maya has toured across Europe with the BBC Philharmonic, led the cello section of Opera North, performed at the BBC Proms with a number of Orchestras, and given a solo recital at the Bridgewater Hall. Other orchestral appearances include performing with The Hallé, Royal Philharmonic Orchestra and City of Birmingham Symphony Orchestra to name a few. Away from the cello Maya enjoys sketching, puzzles and rock climbing.
. 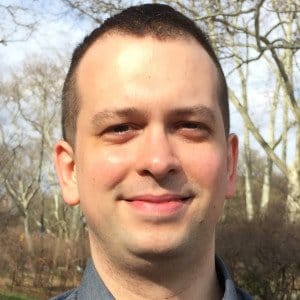 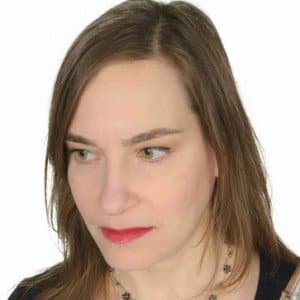 Jennifer George has played with various orchestras in the UK and USA, including the Orchestra of Opera North, City of Birmingham Symphony Orchestra, Halle, Royal Philharmonic Orchestra, and Oregon Symphony Orchestra. She has a keen interest in contemporary music and has performed with Birmingham Contemporary Music Group (BCMG), Remix Ensemble (Portugal) and Radius. Jennifer grew up in Oregon, on the west coast of the United States. She studied at Indiana University, before coming to the UK to complete a Masters degree at the Royal Northern College of Music. Jennifer is flute tutor at the University of Leeds.
. 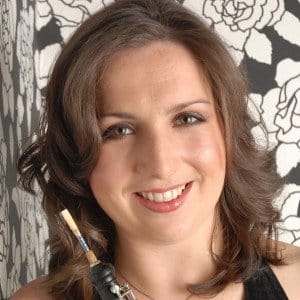 Bethan studied music at Manchester University, and then at the Royal Northern College of Music. Since graduating in 2001, she has enjoyed a busy and varied career as a freelance oboist and cor anglais player, performing with major orchestras, such as Opera North, BBC Philharmonic, Royal Northern Sinfonia, Manchester Camerata, Royal Liverpool Philharmonic Orchestra, Raymond Gubbay’s Manchester Concert Orchestra and the Hallé amongst many others. During the Covid-19 pandemic, Bethan has kept active as a performer with various recordings, including for Clonter Opera, who she has worked with regularly since 2005. Bethan is a founding member of the busy Manchester Reed Trio, who work regularly with Music in Hospitals and Care, for which she has also worked as a soloist, playing for the Intensive Care Unit (ICU-Hear) session. Since 2013 Bethan has tutored for the bi-termly Young Oboes event at the RNCM. Bethan is also a keen composer and arranger, having had a student composition performed by the Lindsay String Quartet. Outside of music, Bethan enjoys running, cooking and going on adventures with her young family.
. 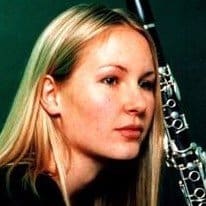 New Zealand clarinettist Sarah Masters moved to the UK in 2002 to embark on postgraduate studies at the Royal Northern College of Music in Manchester, graduating with an MMus and PGDip as well as the prestigious PPRNCM Diploma in Chamber Music. She now enjoys a busy and varied freelancing career, performing with many of the UK’s professional orchestras including the Hallé, BBC Philharmonic, Royal Liverpool Philharmonic Orchestra, Ulster Orchestra, Royal Northern Sinfonia and has worked extensively with the Orchestra of Opera North for many years. She hugely enjoys working in the theatre environment and has developed a real love for the operatic repertoire, through countless productions with Opera North, Clonter Opera, at Dartington Festival and for Neville Holt Opera, dating back to her first production, of Boheme in New Zealand in 1998. She has performed in concert halls across the UK, Europe and Australasia, at the BBC Proms at the Royal Albert Hall, live radio and television broadcasts for the BBC, as well as CD and session orchestra recordings. She is lecturer in Performance Clarinet at Huddersfield University, and in her spare time enjoys travelling, learning languages, playing tennis and dancing Argentine Tango.
. 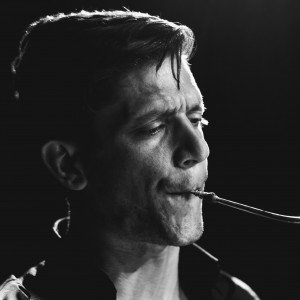 Richard Ion is the Principal Bassoonist of the Royal Philharmonic Orchestra. He began playing bassoon at the age of 14, after initially pursuing an interest in the oboe. In 2014 he graduated from the Royal Northern College of Music, where he studied with Simon Durnford, David Chatwin, and Peter Whelan. Before joining the RPO, Richard enjoyed a successful freelance career, regularly performing as guest principal with such orchestras as English National Opera, BBC Philharmonic, Royal Scottish National Orchestra, The Hallé, Royal Liverpool Philharmonic Orchestra, Royal Ballet Sinfonia, RTÉ National Symphony Orchestra, and Opera North, to name a few. Outside of music Richard is a keen swimmer and cyclist, and in 2018 completed the UK Ironman triathlon in Bolton.
.

Matt Crossley studied horn at the Royal Northern Colllege of Music and Huddersfield University before embarking on a career as a freelance French Horn player. He enjoys playing in a variety of genres from symphony orchestras such as Royal Liverpool Philharmonic, Halle and BBC National Orchestra of Wales to musicals such as Phantom of the Opera, Scrooge and Jekyll and Hyde. For a number of years, he was the horn player for the orchestra of the Sound of Music UK tour. He has worked with ballet and opera companies including English National Ballet, Scottish Ballet, Operabox and Opus1 Opera and of course Clonter.
. 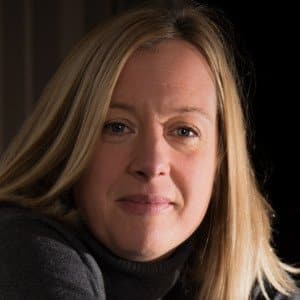 RNCM graduate Andrea Vogler enjoys a varied portfolio career as a percussionist. She has worked with a wide range of ensembles from Black Dyke Brass Band to Royal Northern Sinfonia and the Hallé Orchestra; collaborated with artists as diverse as Noisy Toys Robotic Orchestra and performance poet Louise Wallwein (MBE); and toured the world performing in everything from West End theatre to contemporary chamber opera in New York and BBC Live Lounge with Lewis Capaldi. Andrea teaches and mentors students at the RNCM, Junior RNCM, and Chetham’s School of Music, is the Director of RNCM Young Percussion, and is the recipient of an RNCM Teaching and Learning Award in recognition of her excellence and innovation in teaching and learning.
.

Tickets are flying out the door, so we recommend that if you would like to come, that you don’t delay.

We very much hope to see you in July.