We hope you will enjoy this, with a glass of something delicious in had, and explore Where are they now?
. 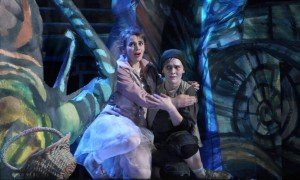 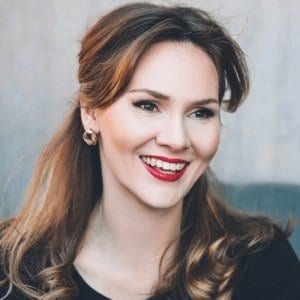 Marta performed the role of Hansel in Clonter’s 2012 production of Hansel and Gretel. Studying at the Guildhall School of Music & Drama with Marylin Rees, Marta was the winner of the 2011 Maurene Lehane Vocal Award, runner-up for the 2011 Thelma King Award, and finalist in the Hampshire Singing Competition. She has performed as a soloist at Barbican Hall, St Martin-in-the-Fields and St John’s Smith Square. Recordings include Harvey’s Songs of Li Po for BBC Radio 3, Beethoven’s Choral Fantasy with the Royal Philharmonic Orchestra, and Holst’s The Coming of Christ with the Holst Orchestra. Recent opera experience includes Kate Pinkerton Madama Butterfly (Grange Park Opera 2012), Eva Comedy on the Bridge (Minotaur Music Theatre 2011) and Lucretia The Rape of Lucretia (British Youth Opera 2011). In 2012, Marta performed the role of Ruggiero Orlando generoso at The Barber Opera. Marta made critically acclaimed house and role debuts at Royal Opera House as Siebel in David McVicar’s production of Faust, as Hel in the premiere of Gavin Higgins The Monstrous Child at Linbury Theatre, and Eurydice, the Woman, The Mask of Orpheus at the ENO in 2019. Marta is proud to be a Susan Chilcott Scholar and Concordia Foundation Artist. 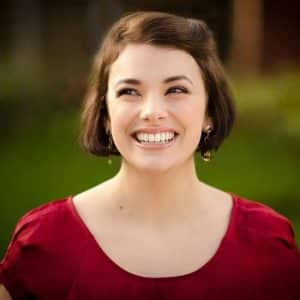 Raphaela played Gretel in Clonter’s 2012 production of Hansel and Gretel, returning to Clonter to win both the 1st and audience prize for Clonter’s 2013 Opera Prize competition, and performing in the Opera Gala later that same year. In 2014, whilst still a student at the Guildhall School, she made her professional operatic début at Garsington Opera as Bathilde, Offenbach’s Vert-Vert, as well as her song recital début at Carnegie Hall New York. Also Raphaela covered the Nymph in Michael Boyd’s production of Orfeo for the Royal Opera House, and the London première of Nicola LeFanu’s Tokaido Road, for which Raphaela created the role of the spurned geisha Kikuyo for the world première, Cheltenham Festival. Raphaela sang the role of Ann in the British première of Simon Vosecek’s Biedermann and The Arsonists, and won 1st Prize at the National Mozart Competition. Rafaela completed the English National Opera’s training scheme for young artists, and went on to cover at the Royal Opera House, and perform at the Berlin Staatsoper. Recent roles include the cover of the title role in Cavalli’s Hipermestraat Glyndebourne Fesitval Opera and Orestilla in Porpora’s L’Agrippina in its British premiere with Barber Opera. Future plans include Haydn’s Creation with Paul McCreesh, performances with Multi-Story at the Aldeburgh Festival, creating the role of Doria Manfredi in a new play about Puccini’s life called Il letto by Christopher Hogg, a Helios Collective production for the Buxton, Copenhagen and Grimeborn Opera Festivals, and concerts of French song with Tom Poster, Elena Urioste and the Navarra Quartet at the Roman River Festival, recorded for broadcast on BBC Radio 3. Operatic highlights this year include appearing as Mozart’s Susanna as reimagined by composer Ollie Brignall in a new opera called Roles, a Metta Theatre production taking place as part of the V&A’s Opera: Passion Power and Politics exhibition, and at West Green House Opera in her house début as Duzzwadeva in Morag Joss’ new English translation of Offenbach’s one act operetta Ba-ta-clan. A passionate recitalist and concert singer, this year Raphaela has appeared at the Oxford Lieder Festival, the Beethoven Woche in Bonn, Musicfest Aberystwyth, St John’s Smiths Square and Kettle’s Yard, Cambridge, with collaborators such as Tom Poster, Sholto Kynoch, James Cheung and the Meta4 Quartet. Raphaela’s other awards include the York Early Music Festival Prize at the London Handel Festival, and 1st Prize at the Maureen Lehane Vocal Awards. She is a Samling, IMA, and City Music Foundation Artist, and a winner of the Making Music Award for Young Concert Artists. She is also a Selected Artist for Making Music 2019/20. 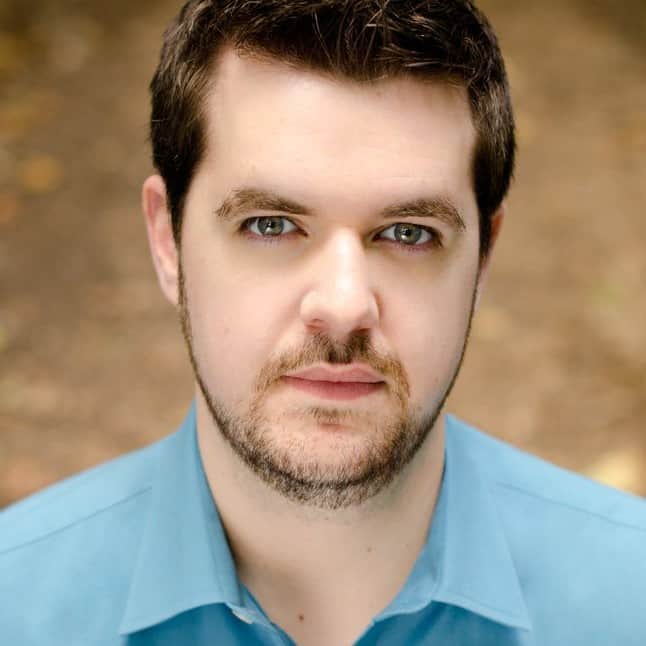 Since performing the role of the Father in Hansel and Gretel, whilst still at the Guildhall School of Music & Drama, performed the roles of Il Conte in Le nozze di Figaro and Des Grieux in Massenet’s Le Portrait de Manon. Other performances have included Sharpless in Madama Butterfly for Opera Holland Park, and converts with LSO and the Ulster Orchestra, including a world première of Mark Anthony Turnage’s At Sixes & Sevens as part of the City of London Festival. Ben went on to the National Opera Studio.

The Marriage of Figaro: An interview with Sir Thomas Allen and Ben McAteer 2016
https://www.youtube.com/watch?v=OiYYl7clVjg
. 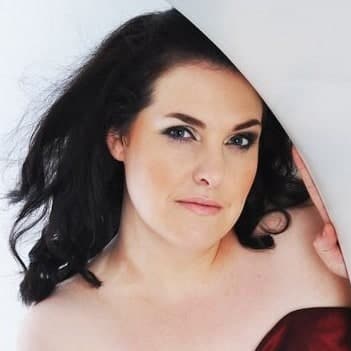 Since performing the role of the Witch in Hansel and Gretel, Helen went on to take part in much concert work, the highlight of which was performing Wesendonck Lieder at the Bridgewater Hall, She went on to sing in the Chorus for Garsington Opera in the UK première of Rossini’s Il Maometto Secondo and covering the role of the Witch in their production of Hansel and Gretel. 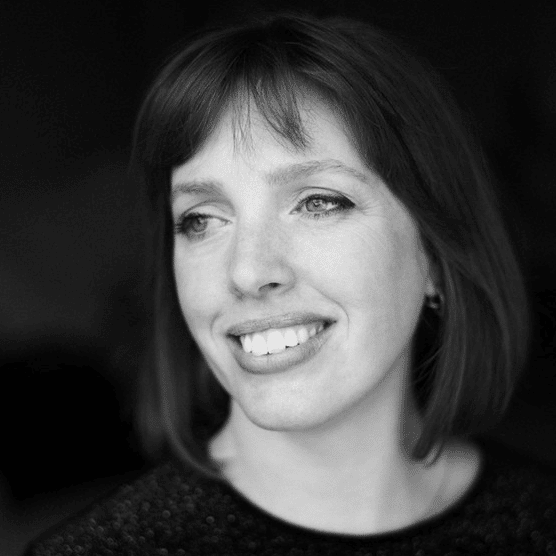 Since performing the role of the Dew Fairy in Hansel and Gretel, Elinor went on to perform in a number of venues, including Snape Maltings, Aldeburgh, St. George’s Hanover Square and the Theatre Royal Glasgow. She has toured with Avner Biron and the Israel Camerata and performed on two occasions at the London Handel Festival 2013. Over the following year, Elinor performed the roles of Drusilla L’inoronazione di Poppea, Tytania A Midsummer Night’s Dream – both for the Roayl Conservatoire of Scotland – and Ismene Orpheus for trhe Classical Opera Company. As a RCS scholarship holder, she was also generously supported by the Russell Sheppard Trust Vocal Scholarship and the Richard Stapely Trust. Future engagements included Susanna Le nozze di Figaro for Hampstead Garden Opera, Monteverdi’s 1610 Vespers with the Anton Bruckner Choir at St John’s Smith Square, and Elinor reached the Quarter Finals of the Wigmore Song Competition. 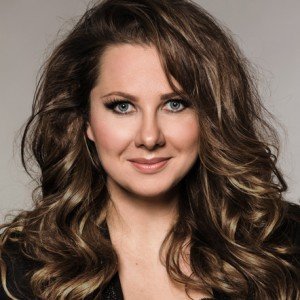 Since performing the role of Mother in Hansel and Gretel, Madgalena won the Gold Medal at the Guildhall School of Music & Drama, making her debut in leading roles in tow major opera houses in Poland, including the Polish National Opera. She appeared in two other GSMD opera productions as Anita in La navarraise and Countess in Le nozze di Figaro. She went on to complete a full season contract with Glyndebourne Festival.
.
.
.

Since performing the role of the Sandman in Hansel and Gretel, Elizabeth went on to play the role of Paggio in Donizetti’s Francesca di Foix and the title role in Jonathan Dove’s The Adventures of Pinocchio for the Guildhall School of Music and Drama.