IN MEMORY OF GUY BOOTH

IN MEMORY OF GUY BOOTH
A Personal Tribute 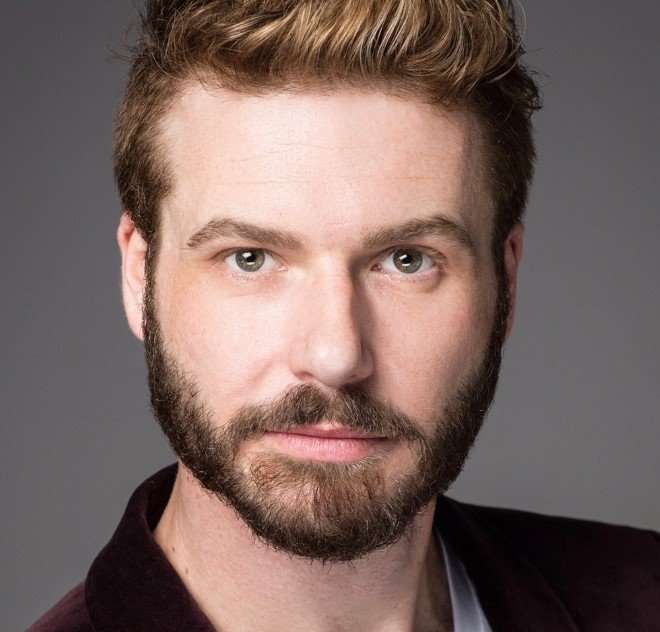 ‘It was with absolute horror that I learnt of the passing of the baritone Guy Booth last year. A person with so much to give/had already given, both as an artist, but even more importantly as a human being, so full of life and love.

When Guy came to Clonter to take part in our production of La traviata in 2016, he was complete social glue. As management one often feels just that, management, but he saw beyond that. He saw the human being, and he made that year one of my very favourites. One of the highlights being an evening around the piano. He sang ‘Some enchanted evening’ to me. As a gay man, he managed to make me as a middle-aged woman feel seen and cherished. When he came he was struggling with work, I know, and he was so grateful to have been given this opportunity. It was a small role – the Marquis D’Obigny and ‘a Messenger’, but he grasped it with both hands, graphically illustrating the adage that there is no such thing as a small part.

As is so often the case, we say our good byes, and then we get embroiled in the next project, and years go by. Fast forward just 4 years and he is gone.

No official cause of his departure seems to be obtainable from across the ocean, after much investigation, so we can only surmise, but whatever the truth he comes to represent so many others for whom something was the final straw, and everyone is left wondering what could have been done to avoid this tragedy. Could it have been? Or was it ‘death by a thousand cuts’? As a very wise young lady, also trying to find her way through this world and this profession, said recently ‘not nearly enough has been made of the toll on people’s mental health during this pandemic’, and how right she is.

Since I heard the terrible news, I have been grappling to find a way to pay my respects. A month or so ago I was asked if Clonter would like to take a stall at the Gay Pride event in Congleton, and I said yes, but it wasn’t until I had to answer the question on the form ‘Please describe how you as a business will represent the LGBTQ+ community on your stall’ that I suddenly thought, this is my moment to honour dear Guy. Tomorrow is the day, and I shall have a framed picture of him on my pitch, and I hope to have the opportunity to talk about him, and what a fabulous person he was. A very small way to say what I want to say to him, wherever he is, that his life touched me, and I deeply lament his loss both to me, but also the world, but above all just the sheer tragedy of it. That I just wish the world had been kinder to him, and allowed him to be able to receive that love back, both personally and professionally. I HOPE dearly that if anything positive comes out of this pandemic it is that we learn that we all play a part in each and everyone else’s mental health be it one’s encounter with the clerk behind the screen at the post office, the cashier at Tescos, the cold caller trying to sell you a new photocopier or to get you to switch your energy provider, or even the traffic warden! But also for them to play their part to. We all have a responsibility to each other.

One thing that this pandemic seems to have strengthened is family ties, which is a very good thing, but what if you don’t have one, or you are estranged? The interactions you have with everyone else become even more important.

In our rush to return to normality my profound wish is that the humility that has been learnt through the last 18 months is not lost, that the mindfulness of thinking that the birds seem to be singing louder than ever before, marvelling at the growth of beetroot in our Corona constructed vegetable patch, our THANKFULLY strengthened awareness of what responsibility we owe to our goldy locks planet…!, please I pray that we also re-emerge kinder to each other. I gained so much from dear Guy, in our very short but precious acquaintance. I thought him one of the kindest, FUNNIEST, and gentlest of men, I have every had the privilege to meet.

‘Some people stay for awhile, and move our souls to dance. They awaken us to a new understanding, leave footprints on our hearts, and we are never, ever the same (Flavia Weedn)’

Dear Guy, this saying could have been written for you.’

Guy Booth graduated Bachelor of Music at Queensland Conservatorium Griffith University in 2006, winning the Jeffrey Black Scholarship and the Donal Penman prize for voices in combination. In 2007 Guy won the Australian National Lieder competition, South East Queensland Aria competition, and was a finalist for the San Francisco Opera’s Merola Programme, making his formal debut with Opera Queensland in 2008 as a Developing Artist and continued in the Young Artist programme until 2011. Roles for Opera Queensland include Fiorello, Barber of Seville, 2008, Cascada, The Merry Widow, 2011, Moralés, Carmen, 2012, The Doctor, Macbeth, 2013, Peter Dawson, Waltzing Our Matilda, 2013, in 2014 performing Marcello and Schaunard in Opera Queensland’s production of La bohème, and the role of Papageno for South Australian Opera’s Die Zauberflöte, 2009, and Schaunard in La bohème, 2012.