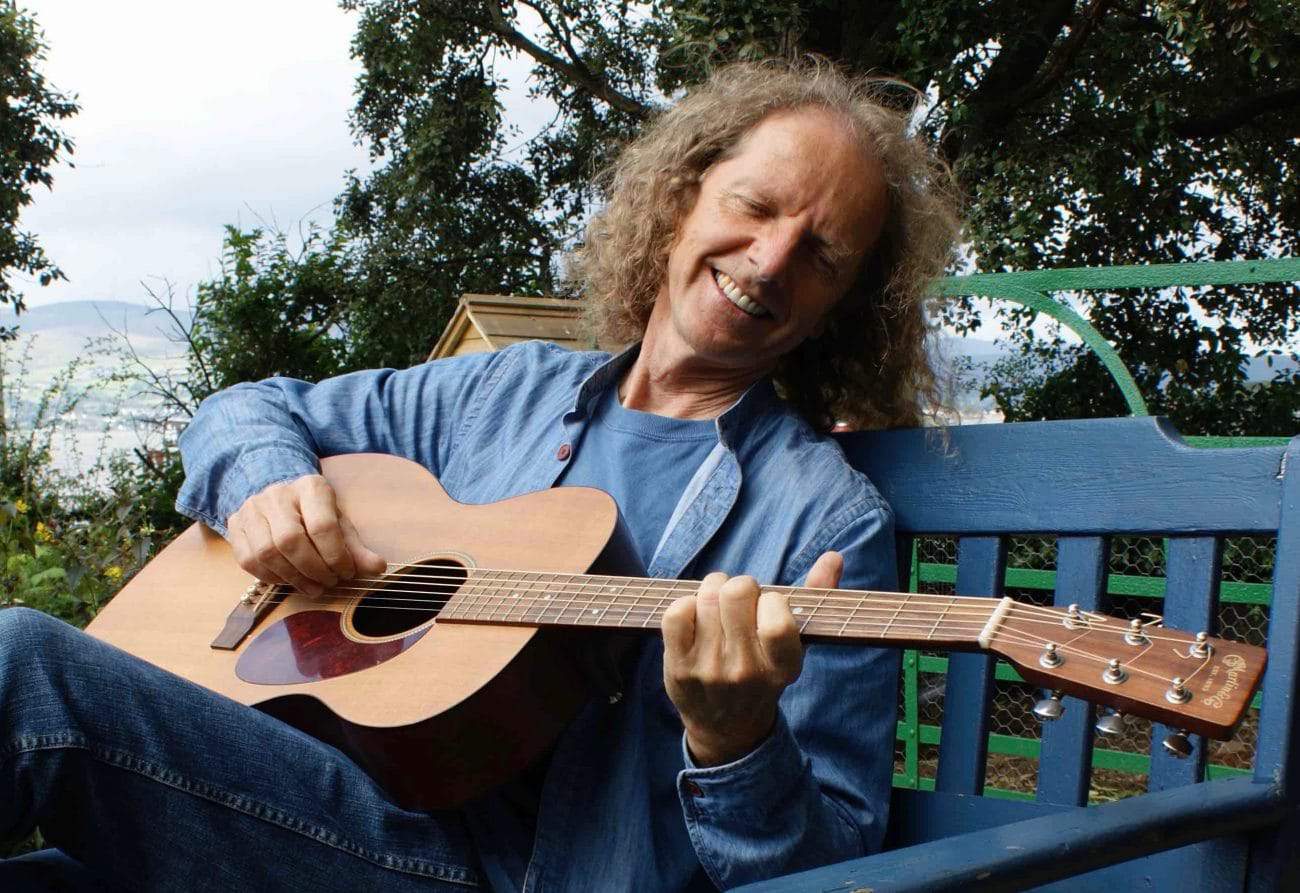 We said ‘Watch This Space’, and so skidding in on the minutes we have managed to put an evening together to mark World Mental Health Day, which seems even more important than ever to observe this year. It was in fact Colum Sands who first planted the seed of the idea of having an event on or around this date at Clonter each year, having observed the extraordinary change in the demeanour of the audience from when they came in to when they left from his first visit. Clonter could not therefore be more delighted to be able to welcome back the Irish Bard, with both his tremendous humanity and wit, to mark this day. For those who have not had the pleasure of seeing/hearing Colum before, the fact that he is returning for a fourth, if not fifth time, hopefully says it all.

This event will take place in the Ramsey Room – Cabaret Style.
.

‘An unforgettable, wonderful performer. I’ve seen him play to 2500 people in the Australian National Folk Festival’s biggest venue and make everyone feel as if they were sitting in his lounge room. He’s warm, witty, moving and funny’ – Steve Barnes, Director, Fairbridge Folk Festival
.

Colum Sands is a universal storyteller who draws on a long Irish tradition of poetic musicality to weave songs for the world. He has performed in over thirty countries around the world, confirming the universal appeal for the songs and stories with which he observes the minute and often humorous details of life.

A member of the internationally renowned Sands Family from County Down, Colum established his reputation as a songwriter with the release of his first solo album, Unapproved Road, in 1981. Songs like “Whatever You Say, Say Nothing” and “Almost Every Circumstance“ were soon in the repertoire of artists from Billy Connolly to Maddy Prior and June Tabor.

His second album The March Ditch inspired a special BBC television documentary and songs like “The Man with the Cap” and “Looking the Loan of a Spade” confirmed his unique ability to observe locally and appeal universally.

On his travels around the world he soon discovered that many of his songs had arrived before him, carried by other singers and in recordings by fellow performers like Andy Irvine, Tommy Makem and Liam Clancy, Roy Bailey, Mick Hanley, Gerard van Maasakkers, Rosemary Woods, Iain McIntosh and Enda Kenny.

In 2012, Colum took time out from touring and his weekly radio programme to write and record his ninth album, Turn the Corner. The album was released during the 2013 Fiddler’s Green International Festival, and since then, many of the ten original songs, including “Annie I Owe You”, “Lazy Hill”, “The Glassmaker’s Hand”, “Two Angry Dogs” and the title track, have become firm favourites with audiences around the world.

Colum’s tours since then have taken him to venues all over Ireland and the UK as well as Australia, New Zealand, Canada, Germany and Denmark. Although the COVID-19 pandemic has curtailed the travels of musicians everywhere, Colum’s songs continue to travel and his brand new album, Song Bridge, his tenth collection, was released in 2020. The songs have strong themes of environmental protection, a reflection of Colum’s involvement with RARE (Rostrevor Action Respecting our Environment), and the power of songs to build bridges between people, places and generations.
.

Dining Options Food and drink for this event must be purchased from the premises.

To Book Tickets for this performance are available online or via the Box Office on 01260 224514 or at boxoffice@clonter.org. The Box Office is currently being manned on Mondays, Wednesdays and Fridays, 10am – 4pm.
.