TEA WITH… SONGS FROM THE SHOWS – DIGITAL OUTREACH

The response to our last tea was so tremendous that we thought we would do another one, but this time it will be transmitted from the Ramsey Room at Clonter, and both singers, and pianist, will be in the same place at the same time! 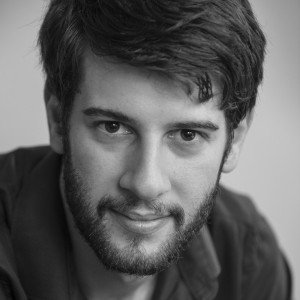 Mark Nathan was a 2019-20 Scottish Opera Emerging Artist. This season, he was invited to sing Starveling A Midsummer Night’s Dream, Mr Goldbury Utopia LTD and Giuseppe The Gondoliers for them. In May 2019, Mark sang the role of Joseph de Rocher in the staged UK premiere of Jake Heggie’s Dead Man Walking for which he received outstanding critical acclaim. Opera Magazine wrote “Mark Nathan had the right blend of meanness and machismo for Joe, a role that showed off his handsome baritone and equally handsome pectorals”.Bachtrack described his performance as “Barnstorming…his full baritone giving an edge of dangerous unpredictability”. He went on to cover the role at Welsh National Opera and Israeli Opera. Mark’s previous operatic roles include title-role Don Giovanni  and Marcello La bohème with Opera Loki; Papageno Die Zauberflöte with Hampstead Garden Opera; Rabotnik The Fiery Angel with Scottish Opera; Joseph de Rocher Dead Man Walking, Le Directeur Les Mamelles de Tirésias, Death Savitri at the Royal Conservatoire of Scotland; Antoine La Vie Parisienne at Royal College of Music; Gob The Poisoned Kiss at the Barber Institute Summer Festival; Dr Falke Die Fledermaus, Wagner Faust and Counsel Trial by Jury all with Winterbourne Opera; Morales Carmen with Riverside Opera; Dr Pangloss Candide with London Musical Theatre Orchestra; Sir Joseph Porter HMS Pinafore at the Harwich Festival; Koko The Mikado with Co-Opera; The Artist Puppet Opera Triple Bill with Third Hand Opera, winning the Off West End Best Opera Award. His musical theatre roles have included Sky Masterson Guys and Dolls; Ali Hakim Oklahoma!; Pharoah Joseph and his Technicolour Dreamcoat; Steward Into the Woods. Mark is in demand as a recitalist and oratorio soloist. His oratorio work has included Vaughan Williams’ Five Mystical Songs and Dona Nobis Pacem, Bach’s Cantata Wachet auf, Ruft uns die Stimme and St John Passion; Requiems by Fauré, Duruflé, and Saint-Saëns; Finzi’s In Terra Pax; Howard Goodall’s Eternal Light Requiem; Stanford’s Songs of the Fleet; Coleridge-Taylor’s The Death of Minnehaha. Mark studied at the Royal Conservatoire of Scotland’s Alexander Gibson Opera School with Scott Johnson, having graduated with distinction from a vocal Master’s at London’s Royal College of Music where he studied with Roderick Earle, Peter Savidge and Tim Evans-Jones. Earlier he completed a Music degree at Birmingham University, where he studied singing with Gordon Sandisson and Catherine Benson. He has also studied and taken masterclasses with notable singers such as Simon Keenlyside, Rosalind Plowright, John Tomlinson and Susan Bullock. Mark is also a keen lyricist. His debut musical, Riptide: The Slasher Musical, garnered an award from the Musical Theatre Network, after a successful Edinburgh Fringe run in 2014. Since then he has written several other musicals. He has also written a collection of children’s poems: Riddle Me This, which has been set to music by Ronald Corp for the New London Children’s Choir. Mark has played the cello, piano, bass guitar, acoustic guitar, accordion, and the banjo in chamber ensembles, orchestras and pit bands. 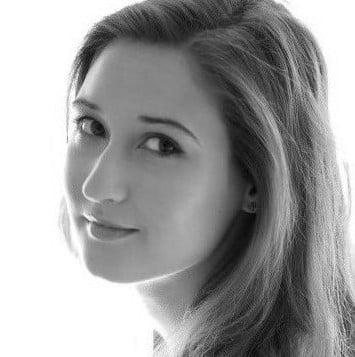 Sussex-based Welsh soprano Catrin Woodruff has recently completed her studies at The Alexander Gibson Opera School at the Royal Conservatoire of Scotland, where she studied with Wilma MacDougall and was a grateful recipient of funding from the RCS Trust, The Countess of Munster Trust and the Sir James Caird Travelling Scholarship Trust. She previously studied at the Royal Northern College of Music and the University of York. Catrin is a Samling Artist. Operatic roles include Belinda Dido and Aeneas, Thérèse Les Mamelles de Tirésias (Royal Conservatoire of Scotland), Eltruda The Masque of Alfred, Beatrice Much Ado About Nothing (Northern Opera Group), Carolina Il Matrimonio Segreto, Elvira L’Italiana in Algeri (Pop-up Opera), Susanna Le Nozze di Figaro (Opera dei Lumi), Dido Dido & Aeneas (Brighton Early Music Festival), and Kate Pinkerton Madama Butterfly (Bergen National Opera). Catrin was the winner of the Norma Grieg French Song Prize at the RCS in 2018 and was runner-up at Llangollen Musical Eisteddfod International Voice of the Future 2017. Equally at home on the concert platform, recent oratorio engagements include Britten’s War Requiem at York Minster, Rossini’s Petite Messe Solennelle with the Liverpool Welsh Choral Society, Haydn’s Nelson Mass with RCS Voices, Vaughan Williams’ Sea Symphony with Eastbourne Choral Society and Mozart’s Mass in C Minor with Thomas Coats Memorial Choral Society. Catrin appeared with Edvard Grieg Kor in a recent tour of Peter Grimes with the Bergen Philharmonic Orchestra under Ed Gardner, which has also been recorded for release on the Chandos label in 2020. Forthcoming engagements include an online recital for Lewes Festival of Song, Cupid Venus & Adonis for Mid Wales Opera and Procris Céphale et Procris for Ensemble OrQuesta. 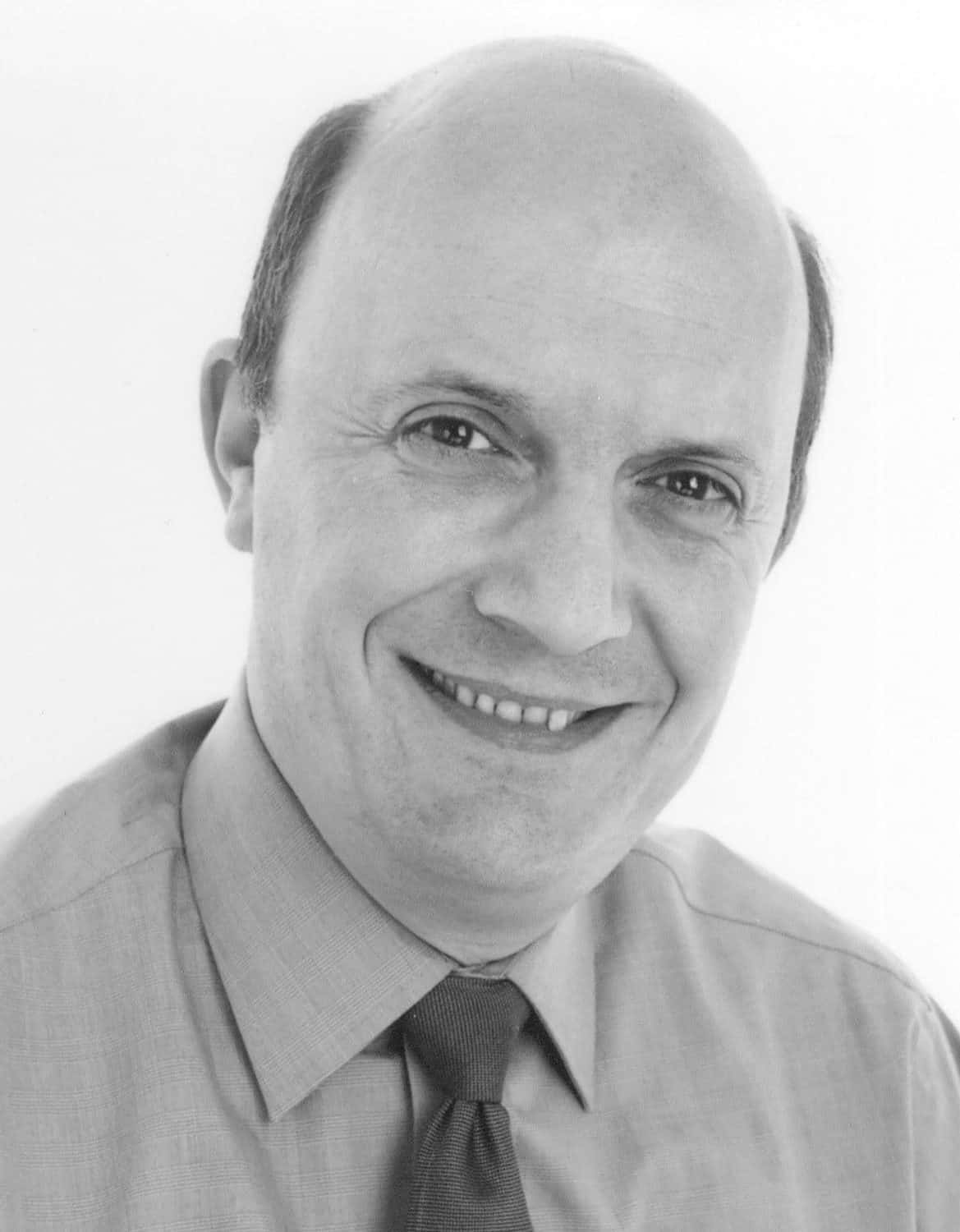 Having presented our digital outreach programme for free thus far, sadly as this situation has gone on much longer than we thought, we now feel that we must adopt a mechanism that is helping keep the prospect of theatres reopening globally a possibility, and that is to ask that any future content is purchased on a ‘Pay What You Feel’ basis. FREE for Friends and Patrons of Clonter.

The link to the performance will be detailed on your ticket, which will be emailed to you.

This event will be available until Wednesday 7th October.

In addition, a tea is available to be delivered to your door, to accompany your viewing of this event. To book a tea, please call the Box Office on 01260 224 514 on Wednesdays or Fridays, 10am – 4pm, or email boxoffice@clonter.org.