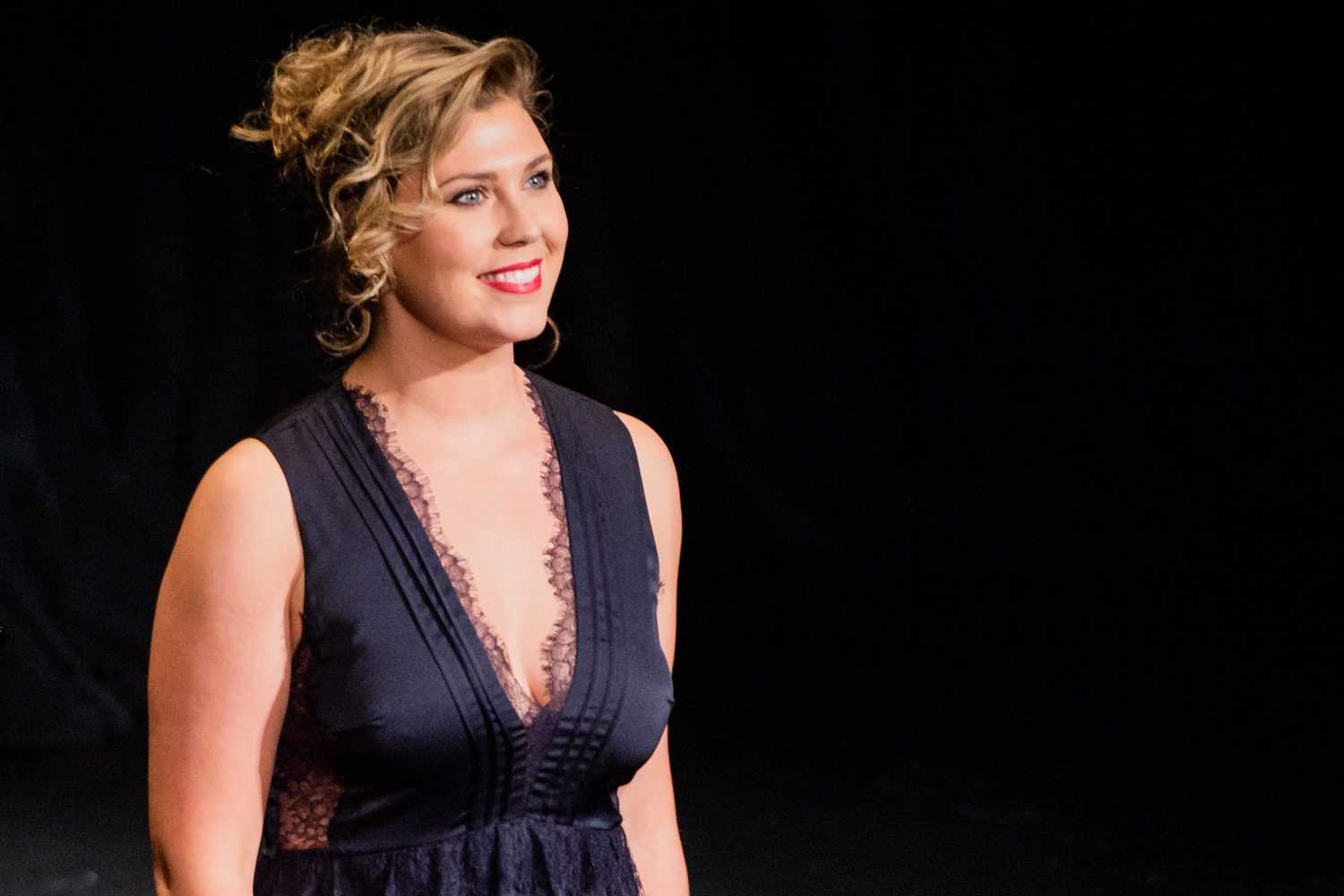 Contestants nominated by the UK’s leading conservatoires, compete for a prize before a distinguished panel of judges. The audience collectively act as one judge. The audience’s vote is also revealed.

This event is perfect for anyone who is either interested in spotting emerging talent, and enjoys following singers’ careers, or for an opera novice, who would like to dip their toe in the operatic water, getting a taster from a wide range of operas, before committing to a whole one. Each item is introduced and set into context by the inimitable, concise and witty compère, Isobel Flinn, and accompanied by Robin Humphreys, recently described as a ‘world class repetiteur’ by Louise Flind in Opera Today.

This event includes the traditional 70 minute supper interval. Come and cast your vote! 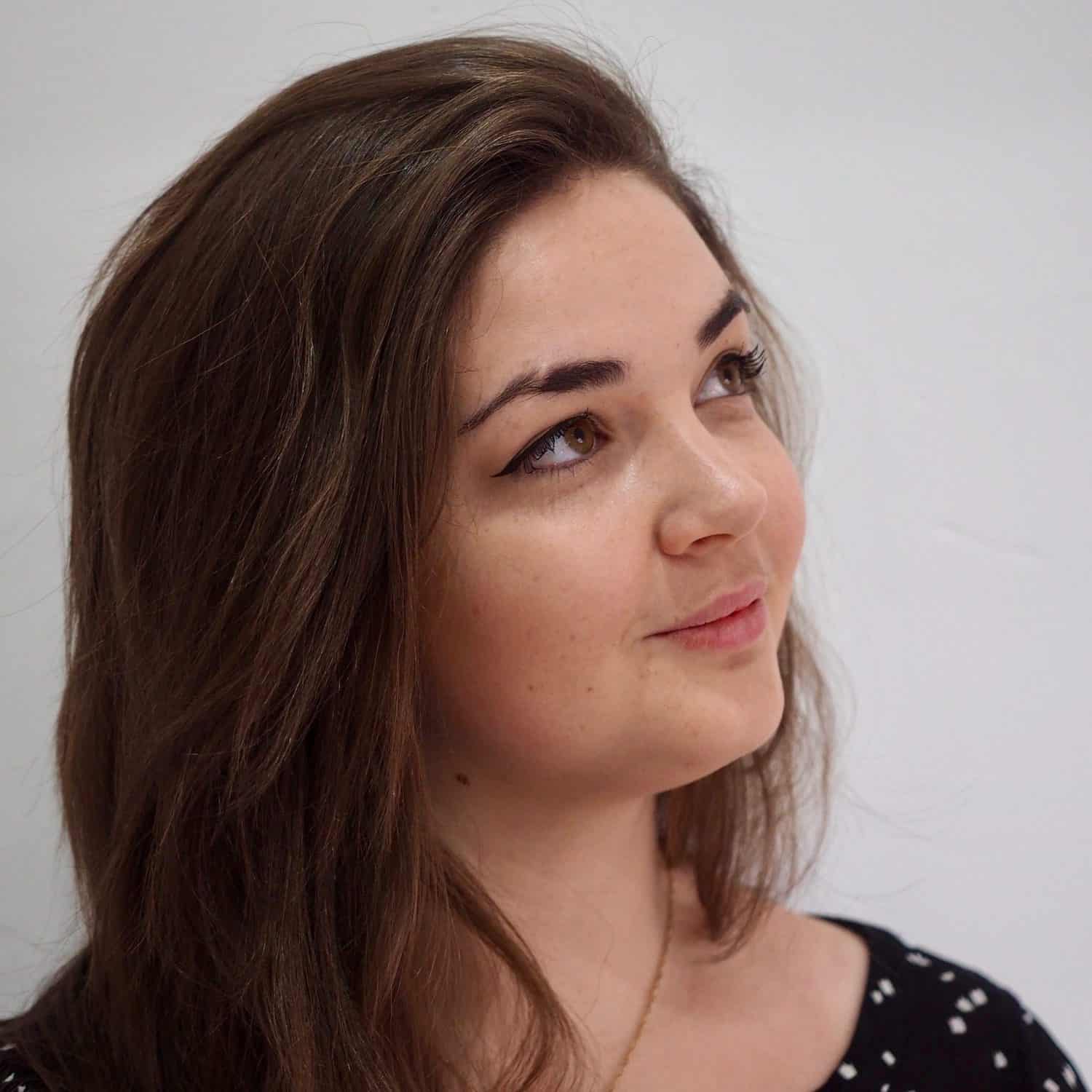 Grace Curtis began her master’s in Advanced Opera Performance at the RWCMD’s David Seligman Opera School in 2018, where she holds a Leverhulme Trust scholarship and studies with Anne Mason. In 2019, she was nominated for the Dora Stoutzker Prize, a finalist for the Janet Price Prize and awarded ‘highly commended’ in the Valetta Iacopi Prize. She performed the roles of Emmy (Albert Herring) and Gianetta (The Gondoliers) with the RWCMD and Barbarina in Somerset Opera’s ‘Marriage of Figaro’ whilst covering the role of Marzelline in the Welsh National Opera’s ‘Fidelio’ under David Poutney’s direction. Recently she enjoyed working with Carlo Rizzi in the WNO gala, where she sang scene as Gretel (Hänsel & Gretel). She looks forward to her upcoming role as Pamina with Cardiff Opera in 2020 and the RWCMD show of ‘Cosi Fan Tutte’, where she will perform the role of Despina. 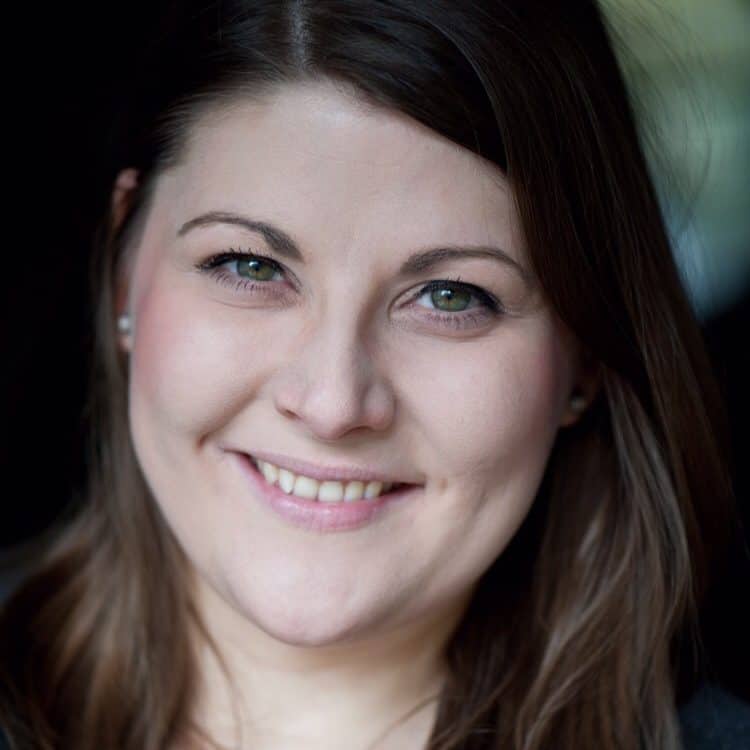 Soprano Siân Dicker is a scholarship student on the opera course at the Guildhall School of Music & Drama. Recent operatic roles have included Amaranta/Diana (La fedeltà premiata, Haydn) and Venus (Venus and Adonis) for Guildhall Opera. Siân is currently looking forward to premiering the role of Observer 1 in Guildhall Opera’s ‘The Angel Esmeralda’ in February 2020, commissioned by Scottish Opera. She is delighted to be joining Garsington Opera chorus as an Alvarez Young Artist for their 2020 summer season, covering the role of The Foreign Princess in Rusalka. Siân was thrilled to win the 2017 International Voice of the Future competition at the Llangollen International Musical Eisteddfod and was recently awarded second prize at the 2019 Patricia Routledge English National Song competition. Siân’s studies are generously supported by Help Musicians UK (Sybil Tutton Award holder), The D’Oyly Carte Charitable Trust and The Girdlers’ Company Charitable Trust. 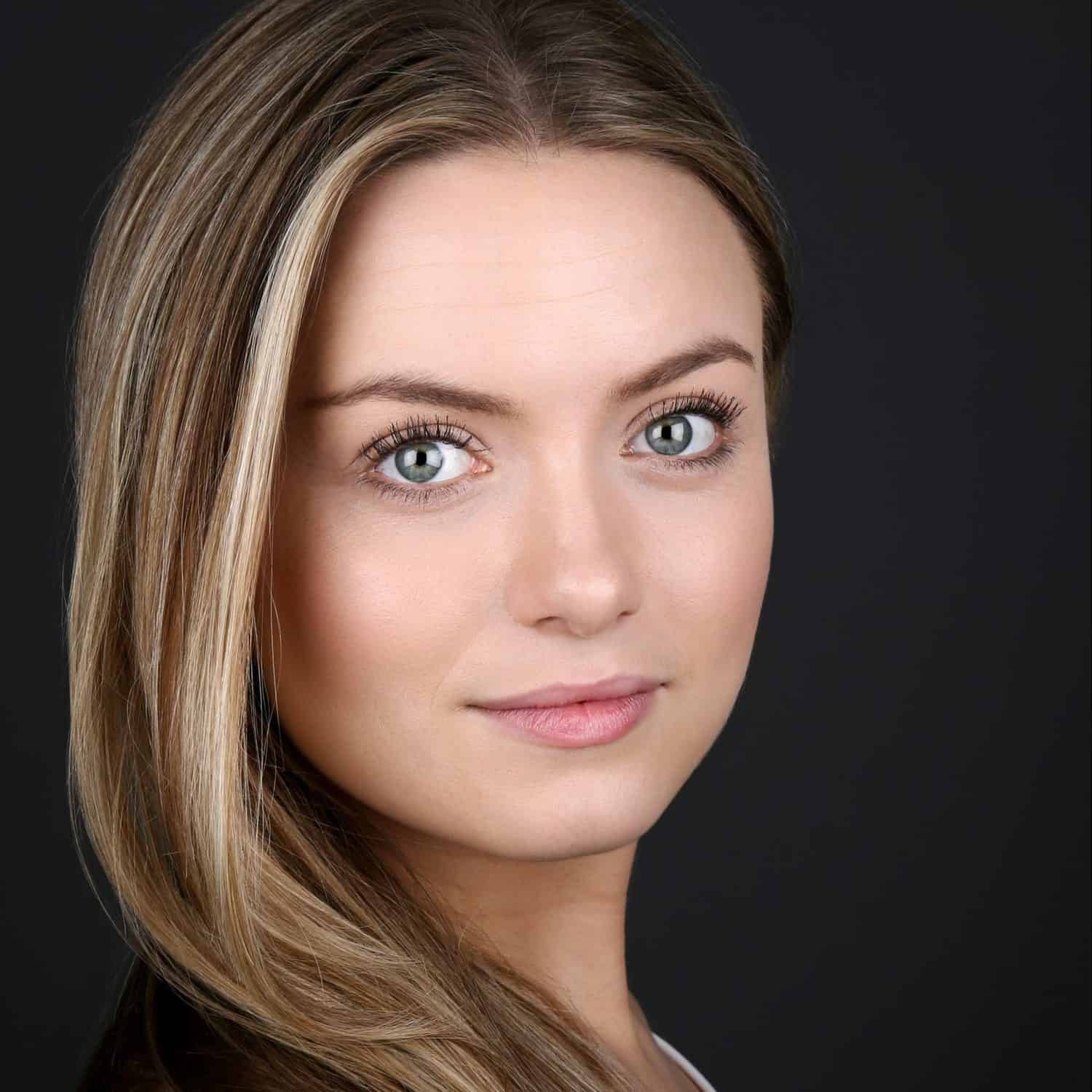 Camilla is a soprano in her first year of Royal Academy Opera studying with Raymond Connell and Jonathan Papp. She is a Bicentenary Scholar, benefiting from a partnership with recording label, Linn Records. She is a Britten Pears Young Artist, a member of RAM’s prestigious ‘Song Circle’ and is supported by the Josephine Baker Trust. In 2019 she graduated from the MPerf course at the RCM with Distinction under the tutelage of Dinah Harris and Caroline Dowdle. Recent highlights include Pamina in Mozart’s Die Zauberflöte (RAO), Suzanne in Offenbach’s Robinson Crusoe and 1st Bridesmaid in Mozart’s The Marriage of Figaro (Sir Thomas Allen/RCMIOS), ‘Israelite Woman’ in Handel’s Esther (Wigmore Hall), Beethoven’s Choral Fantasy (RFH), Mozart’s Exsultate Jubilate (HM Tower of London) and prize-winner and finalist in Mozart Singing Competition (2019). Camilla was a chorus member for the Glyndebourne Festival 2019. Upcoming performances include La Comtesse in Massenet’s Chérubin with RAO. 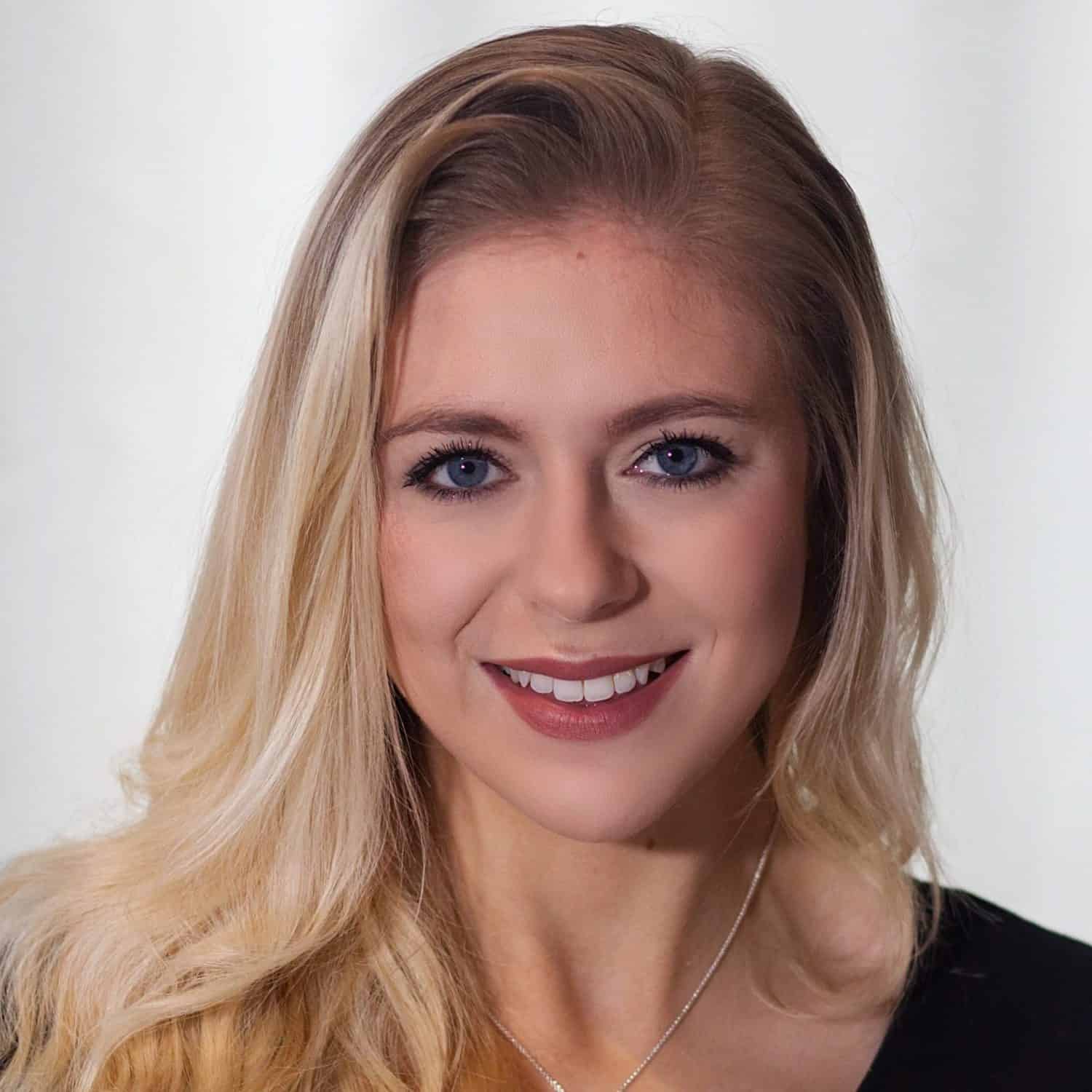 Stephanie Maitland is a contralto studying with Jane Irwin at the Royal Northern College of Music. Since starting at the RNCM, Stephanie has sang the roles of Mercedes in Bizet’s Carmen in 40minutes, the Sandman in Humperdinck’s Hansel and Gretel, Flora in Verdi’s La Traviata for the John Manduell Commemoration Concert, La Principessa in Suor Angelica and Zita in Gianni Schicchi in RNCM’s Puccini double bill, Madam By-ends in Vaughan William’s The Pilgrim’s Progress and La Prieure in Poulenc’s Dialogues des Carmelites. During the previous summer, Stephanie was an Alvarez Young Artist with Garsington Opera, covering the role of Mrs Grose in Britten’s The Turn of the Screw and singing in the chorus of The Bartered Bride by Smetana. Stephanie was also a semi-finalist in By Voice Alone and won a Singer’s Preparation Award from Audition Oracle. She is the RNCM Drapers’ de Turckheim Scholar for 2019/2020 and is also supported by the Kenneth Headley Bequest. Future engagements include joining the Glyndebourne Chorus for their 2020 season. Stephanie is represented by Mark Kendall Artists Management. 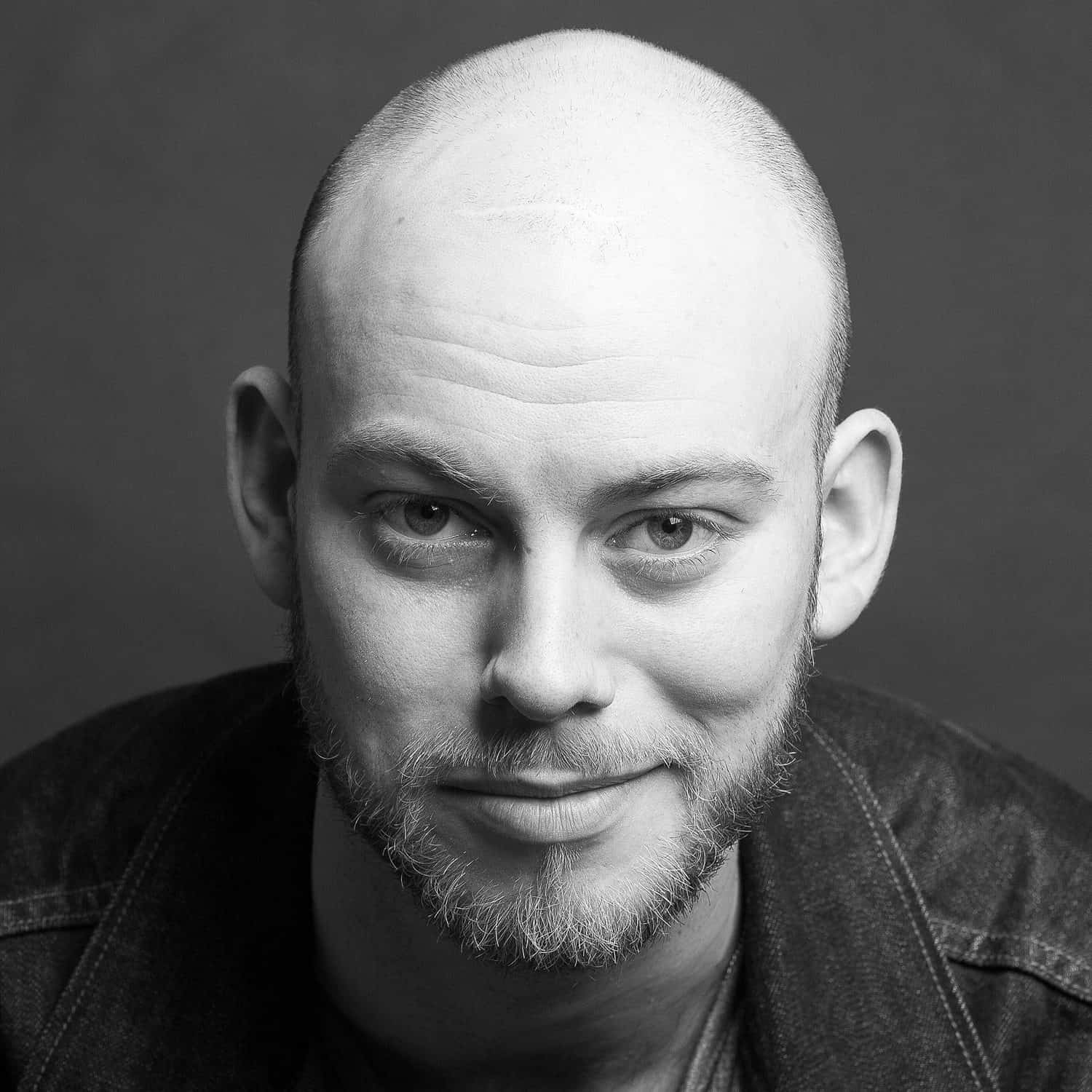 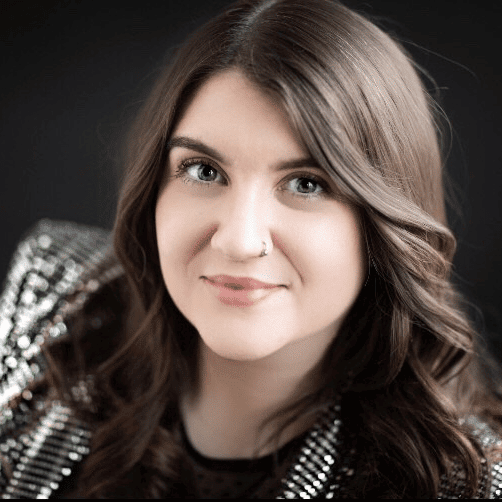