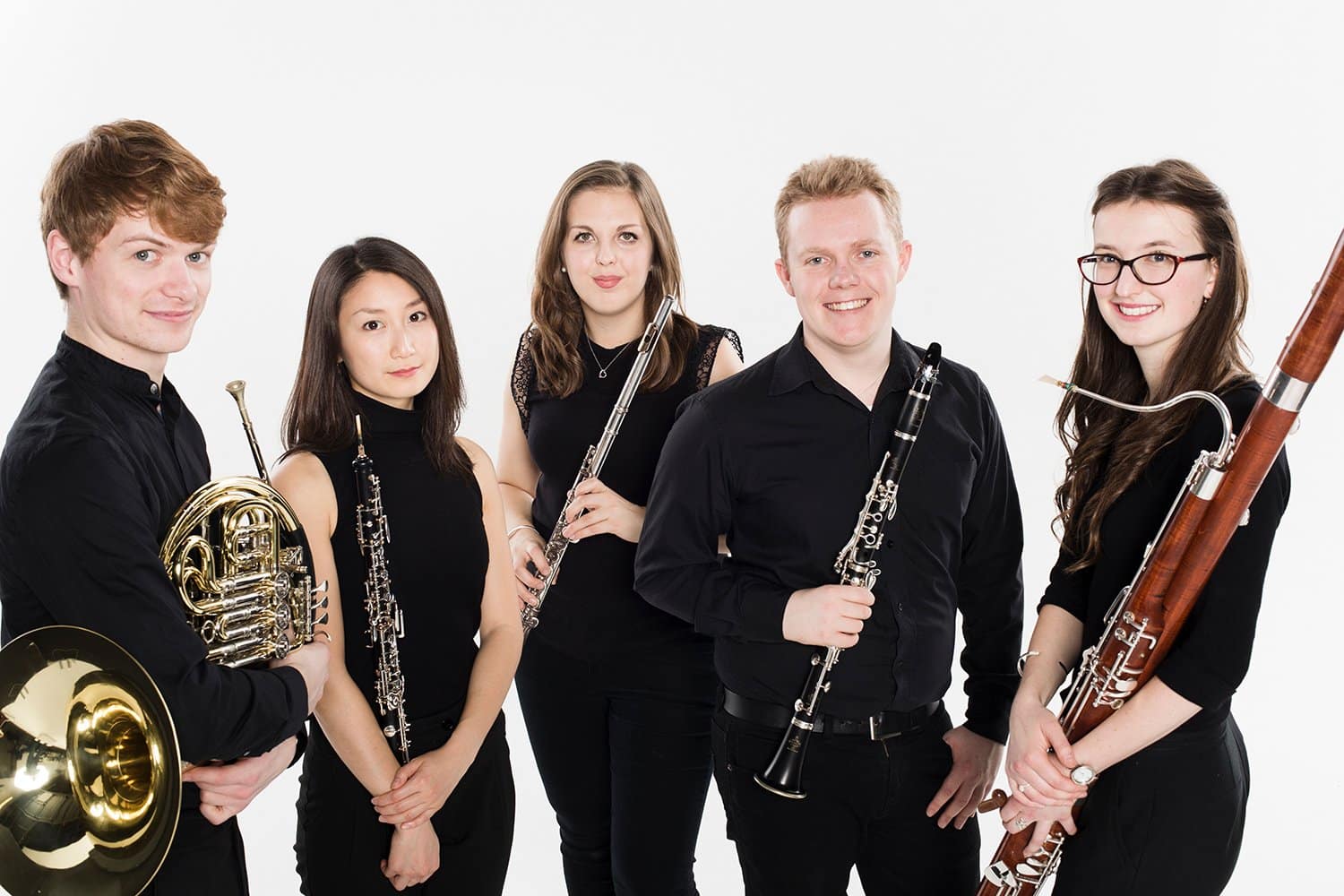 Clonter is so delighted, after a long campaign, that the Holmes Chapel Music Society will be holding their 50th Season of Concerts at Clonter.

Formed in 2012, the Magnard Ensemble have built a reputation for delivering both high-quality concert performances and dynamic educational projects. Since making their international debut at the Culture & Convention Centre Lucerne, Switzerland in January 2017, the Ensemble have appeared at venues such as Wigmore Hall, Bridgewater Hall and St Martin-in-the-Fields as well as festivals and concert societies nationwide, including a residency at the Britten-Pears Foundation, Aldeburgh.

The quintet held the Chamber Music Fellowship at the Royal Academy of Music, London, as well as the inaugural joint fellowship between the RAM Open Academy and the Wigmore Hall Learning Department. The Ensemble have also been selected artists for Making Music, the CAVATINA Chamber Music Trust, the Tillett Trust Young Artist Platform and the Tunnell Trust.

The Ensemble are also known for their passion for new music. To date they have premiered works by emerging composers such as Leo Geyer, Freya Waley-Cohen and Ewan Campbell. In 2018 the Ensemble were resident at the East Anglia Young Composers Competition, hosted by Aldeburgh Young Musicians and Snape Maltings.