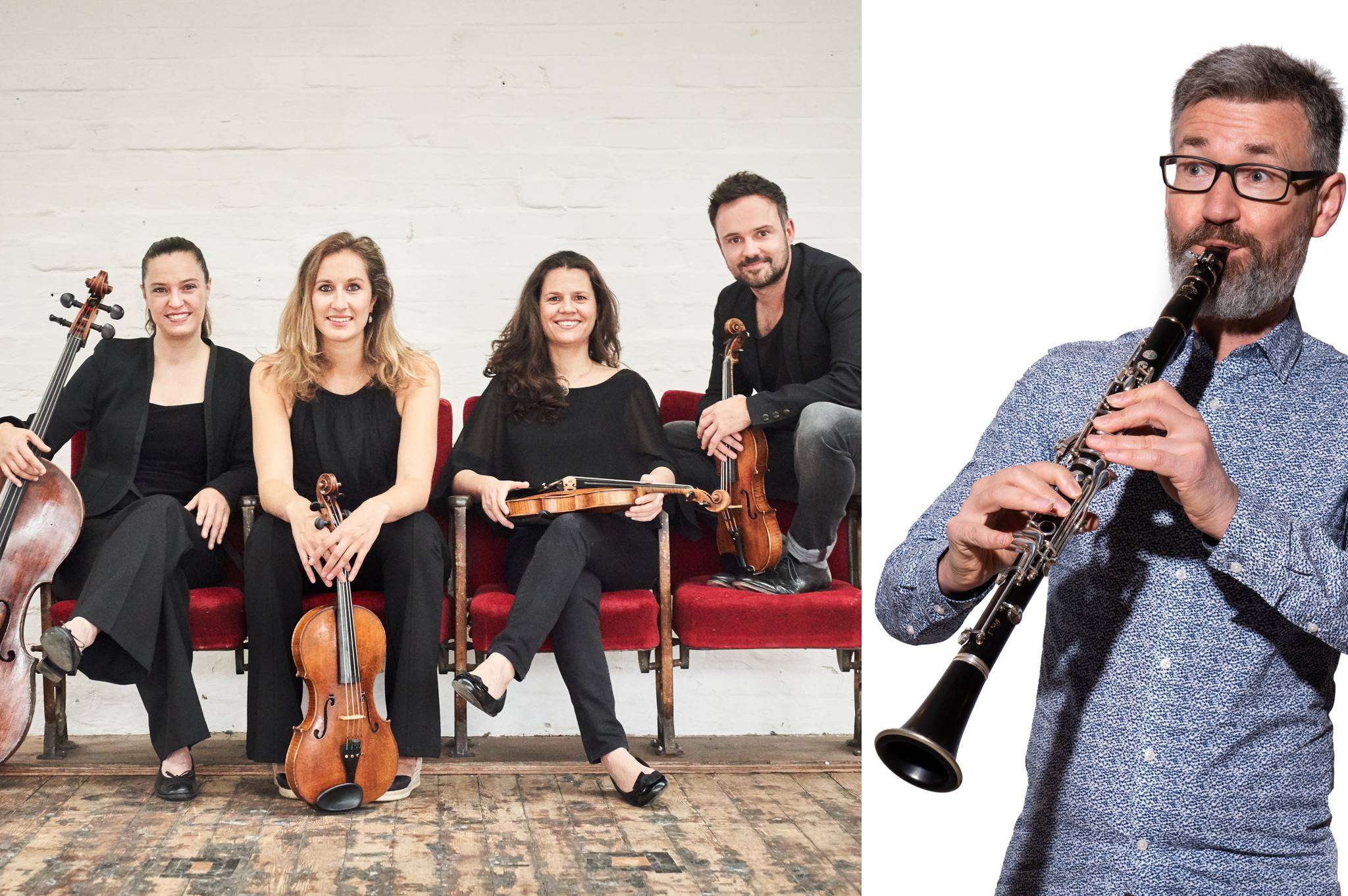 The Elias String Quartet take their name from Mendelssohn’s oratorio, Elijah, of which Elias is its German form, and have quickly established themselves as one of the most intense and vibrant quartets of their generation. The Quartet was formed in 1998 at the Royal Northern College of Music in Manchester where they worked closely with the late Dr. Christopher Rowland. They also spent a year studying at the Hochschule in Cologne with the Alban Berg quartet. Between 2005 and 2009 they were resident String Quartet at Sheffield’s “Music in the Round” as part of Ensemble 360, taking over from the Lindsay Quartet. They are now ensemble in residence at the RNCM and regularly go back there to teach and perform.

Robert Plane’s hugely varied career has seen concerto appearances in Europe, Asia and the USA, with performances of the Mozart Clarinet Concerto in Madrid with the City of London Sinfonia, Beijing with the BBC National Orchestra of Wales and in the USA with the Virginia Symphony. He made his BBC Proms debut at the Royal Albert Hall in 2011 with Simon Holt’s double concerto ‘Centauromachy’. Exploring a wide range of repertoire and commissioning new works, highlights of past seasons have included Piers Hellawell’s Agricolas with the Ulster Orchestra and RTE Symphony Orchestra, Finzi with the Zurich Chamber Orchestra, Christian Jost with the Dortmunder Philharmoniker and Stanford with the Bournemouth Symphony Orchestra.
.