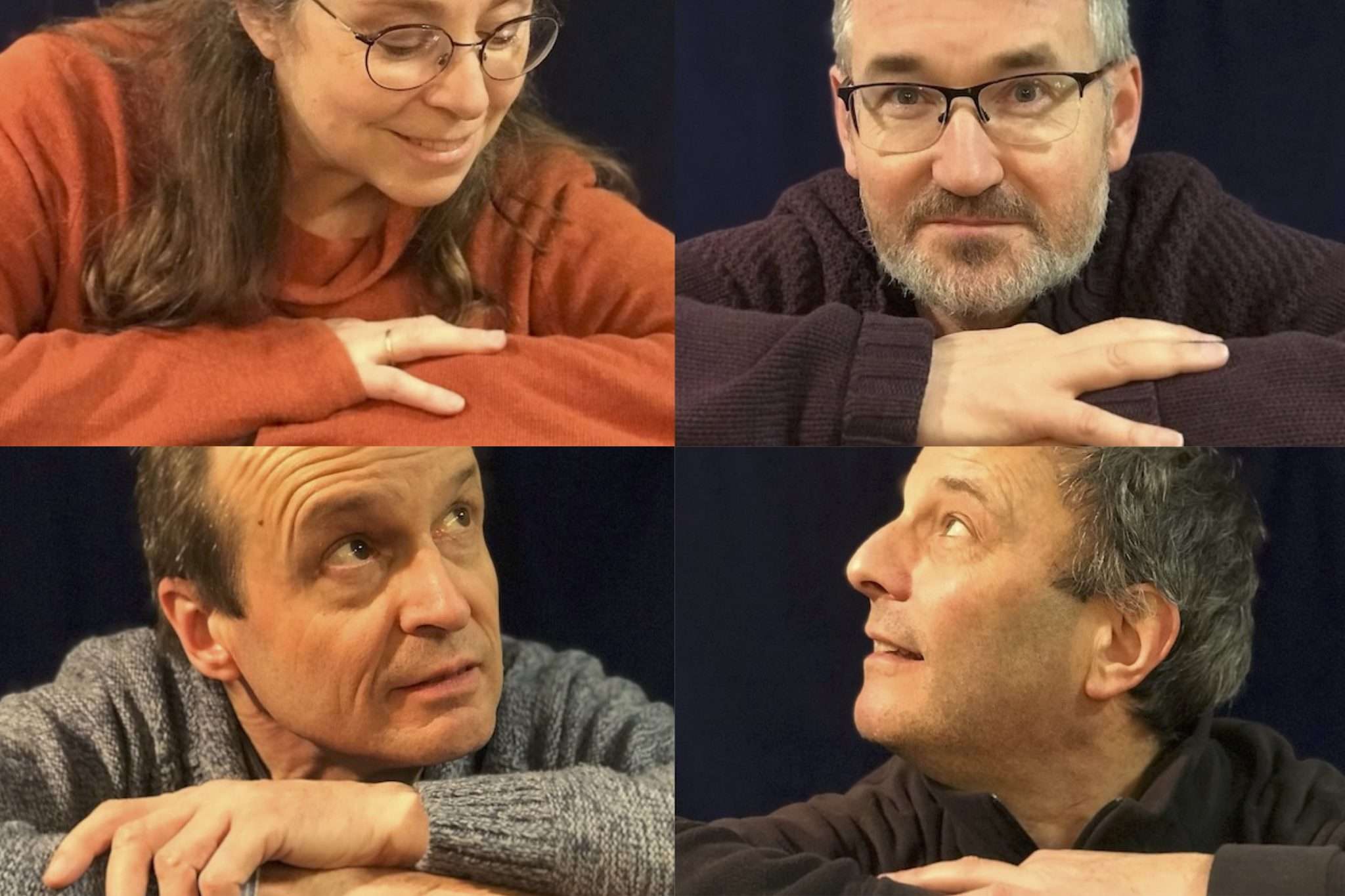 “A perfect balance of structural exactitude and lyricism”

.
The Gould Piano Trio have been compared in the Washington Post to the great Beaux Arts Trio for their “musical fire” and “dedication to the genre” and have remained at the forefront of the international chamber music scene for a quarter of a century.

Launched by winning first prize at the Melbourne Chamber Music Competition, they were “Echo Rising Stars”, making a highly successful debut at New York’s Weill Recital Hall, described by Strad Magazine as “Pure Gould.” Their many appearances at London’s Wigmore Hall have included the complete piano trios of Dvořák, Mendelssohn and Schubert as well as, in the 2017-18 season, a Beethoven cycle to celebrate 25 years since their debut at this iconic venue.

The trio’s passionate belief in the importance of developing new repertoire has resulted in commissioning works from many contemporary composers. Commissions from Sir James Macmillan and Mark Simpson saw premieres at the Bath International Festival and the PRS New Music Biennale in Hull, City of Culture, 2017. They also maintain a lively relationship with promising young chamber players by giving masterclasses worldwide, particularly in association with the Guildhall School in London and The Royal Welsh College of Music and Drama in Cardiff.

Together with clarinettist Robert Plane, the trio are artistic directors of the Corbridge Chamber Music Festival in Northumberland which celebrated its 21st anniversary with a much-acclaimed new commission from Huw Watkins for clarinet and piano trio entitled ‘Four Fables’.

Extensive tours of N. America, the Far East, Europe and New Zealand have been interspersed by adventurous recording projects. In addition to their highly praised recordings of the standard works, the trio have thrown light on long neglected gems from late romantic British repertoire, including trios by C.V. Stanford and John Ireland, plus fascinating works by Bax, Milford, York Bowen and Cyril Scott. Recordings of John Casken’s piano trio and a disc of works by Ives, Rebecca Clarke and Amy Beach trios appeared last year to critical acclaim, soon to be followed by a complete Schubert Piano Trio cycle, in which these sublime masterpieces are juxtaposed with skilful arrangements of his dances.

Robert Plane’s career as a solo and chamber clarinettist is rich and varied. Concerto appearances in Europe, Asia and North America have included performances of Mozart’s Clarinet Concerto in Madrid with the City of London Sinfonia, Beijing with the BBC National Orchestra of Wales and in the USA with the Virginia Symphony. A champion of new music as well as the classics, Rob is equally at home performing Christian Jost’s concerto ‘Heart of Darkness’ with the Dortmunder Philharmoniker and Simon Holt’s ‘Centauromachy’ at the 2011 BBC Proms as playing Finzi with the Zurich Chamber Orchestra, Stanford with the Bournemouth Symphony Orchestra and Copland with the London Mozart Players. He has given the world premieres of concertos by Judith Bingham, Diana Burrell, Piers Hellawell and Mark Boden.

Robert has tirelessly pursued a particular passion for British clarinet music in concert and on disc, his Gramophone Award-winning account of Finzi’s Concerto and Gramophone Award-shortlisted Bax Sonatas being just two of a large collection of recordings of works by the great English Romantics.

Robert has explored the clarinet quintet repertoire with a number of the finest string quartets, opening BBC Radio 3’s ‘Brahms Experience’ with a live broadcast from St. George’s Bristol of the Brahms Quintet with the Skampa Quartet. He enjoys a close relationship with the Elias String Quartet, joining them at the Wigmore Hall in Brahms and Bliss Clarinet Quintets and at the East Neuk Festival for Schubert’s Octet.

Robert is clarinettist of Ensemble 360 and enjoys exploring chamber music of all kinds with them at their home in the Crucible, Sheffield and country-wide.

Always keen to take on a challenge, Rob gave his first performance of Boulez’s epic ‘Dialogue de l’ombre double’ at the Belfast Sonorities Festival in 2018, a work he subsequently revived in Manchester’s Stoller Hall in 2019 and at Cardiff’s WhirlWinds Festival in 2022. His delving into unjustly neglected works has unearthed concertos by Iain Hamilton, Ruth Gipps and Richard Walthew, which he subsequently recorded at Glasgow City Halls with the BBC Scottish Symphony Orchestra and Martyn Brabbins. The resulting disc, ‘Reawakened’, was released by Champs Hill Records in July 2020.

Robert was principal clarinet of the BBC National Orchestra of Wales for over twenty years and has held the same position with the City of Birmingham Symphony Orchestra and Royal Northern Sinfonia.. A respected teacher and educator, he holds the post of Head of Woodwind Performance at the Royal Welsh College of Music and Drama.
.

Drink Arrangements – All drink consumed inside the premises must be purchased from the bar. These may be ordered in advance.
.