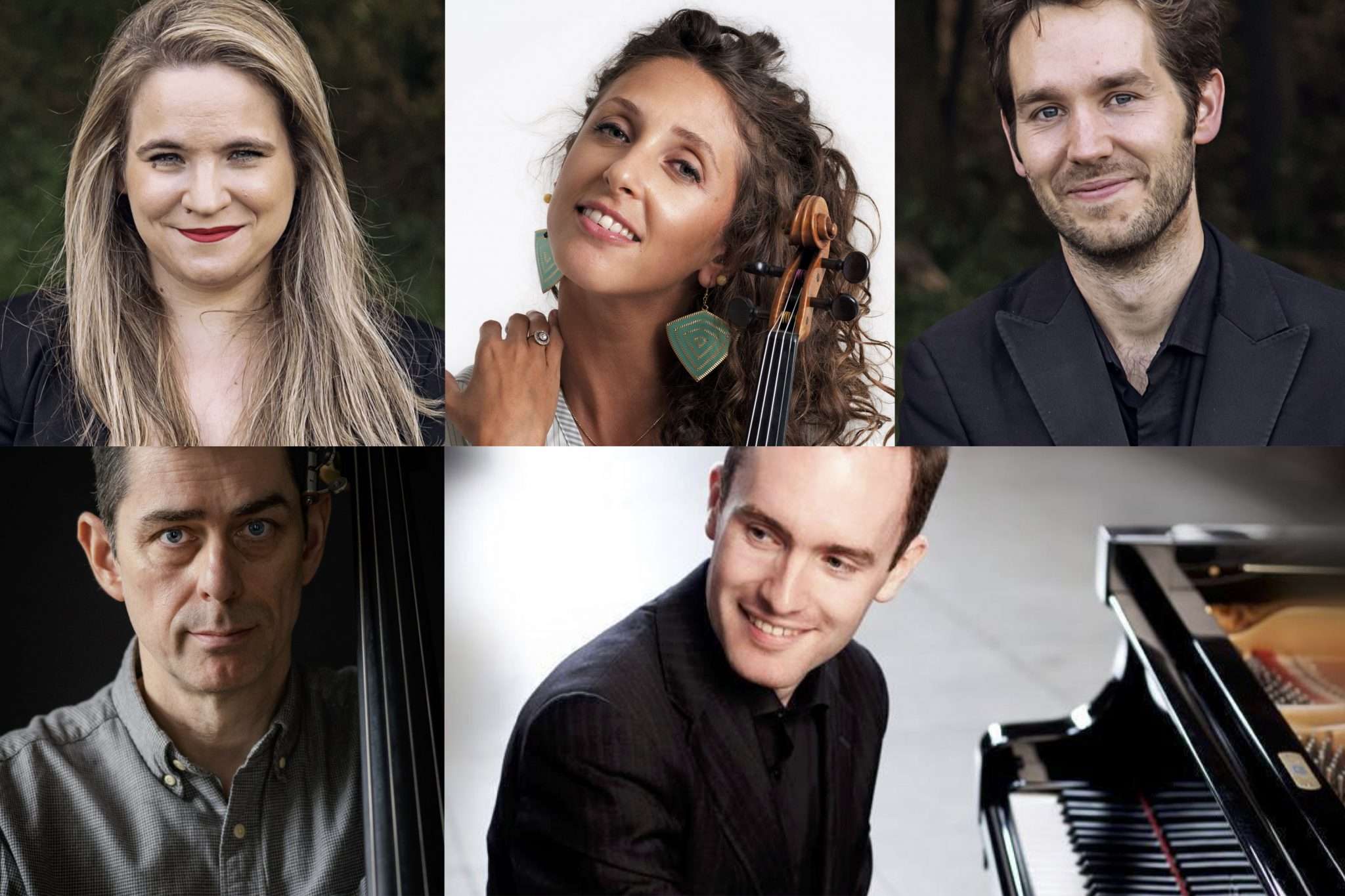 “… The Piatti demonstrate their acute sensitivity to mood and texture right from the first of Bridge’s Idylls… As with the other works on the programme, the Piatti play [the Turnage] with absolute authority and conviction. A most enterprising and rewarding programme.”

“They gave a delightfully soft-grained performance…”

.
The Piatti Ensemble is an exciting mix of the founding members of the Piatti Quartet with one of the foremost pianists in the UK, Simon Callaghan. They are amalgamating their wealth of experience in performance and in the recording studio to discover, record and promote not only the more renowned works for string ensemble and piano, but also neglected gems of the repertoire. They shall also be joined by Richard Waldock on Double Bass.

In 2023/24 they will be focusing on producing the premiere recordings through multiple discs with Lyrita Records. These recordings will showcase a rich body of works from famed but then largely forgotten UK composers from the 20th century such as Ernest Walker, Lilian Elkington and William Busch. They will also be Ensemble-in-Residence at the historic Conway Hall, London and have a busy performing schedule lined up to launch their new partnership.

Steinway Artist Simon Callaghan performs internationally as a soloist and chamber musician, in parallel with his highly successful career as a recording artist. In response to his regular performances in the UK’s major concert halls, his international tours to Asia, North America and Europe, and his extensive, acclaimed discography, Callaghan has developed a wide following.

Richard Waldock was born in Hull and studied in Manchester at the Royal Northern College of Music. After Graduation, he worked on numerous projects with the Philharmonic Werkstaat in Switzerland, and began freelancing with The Halle, Manchester Camerata, BBC Philharmonic, and RLPO. In the years since then, Richard has become one of the most established Bassists in the North of England.
He has toured all over the world; notably with the Halle and Manchester Camerata, with which he toured Italy in 2016 as principal bass with Martha Argerich. He has worked on the recent highly acclaimed recordings of Mozart Piano Concerti, including a 2018 tour to China, with Jean Efflam Bavouzet and Gabor Takas Nagy.
He is currently principal bass with the Skipton Camerata, with whom he performed as soloist in the Dittersdorf Concerto earlier this year. He also plays regularly as principal bass with Sinfonia ViVa, Northern Chamber Orchestra, and the Manchester Concert Orchestra.

The Piatti Quartet have performed worldwide and are famed for their daring repertoire choices and communicative performances. Their 2022 release with Hyperion Records, featuring Ralph Vaughan Williams’ ‘On Wenlock Edge’, with tenor Nicky Spence and pianist Julius Drake was nominated for ‘Recording of the Year’ with both Gramophone Magazine and Limelight Magazine and they have commissioned from many composers of international stature, including Mark-Anthony Turnage, Joseph Phibbs and Emily Howard.

The Piatti Ensemble takes its name from the great 19th-century cellist Alfredo Piatti, who was a leading professor and exponent of chamber music at the Royal Academy of Music.

Drink Arrangements – All drink consumed inside the premises must be purchased from the bar. These may be ordered in advance.
.