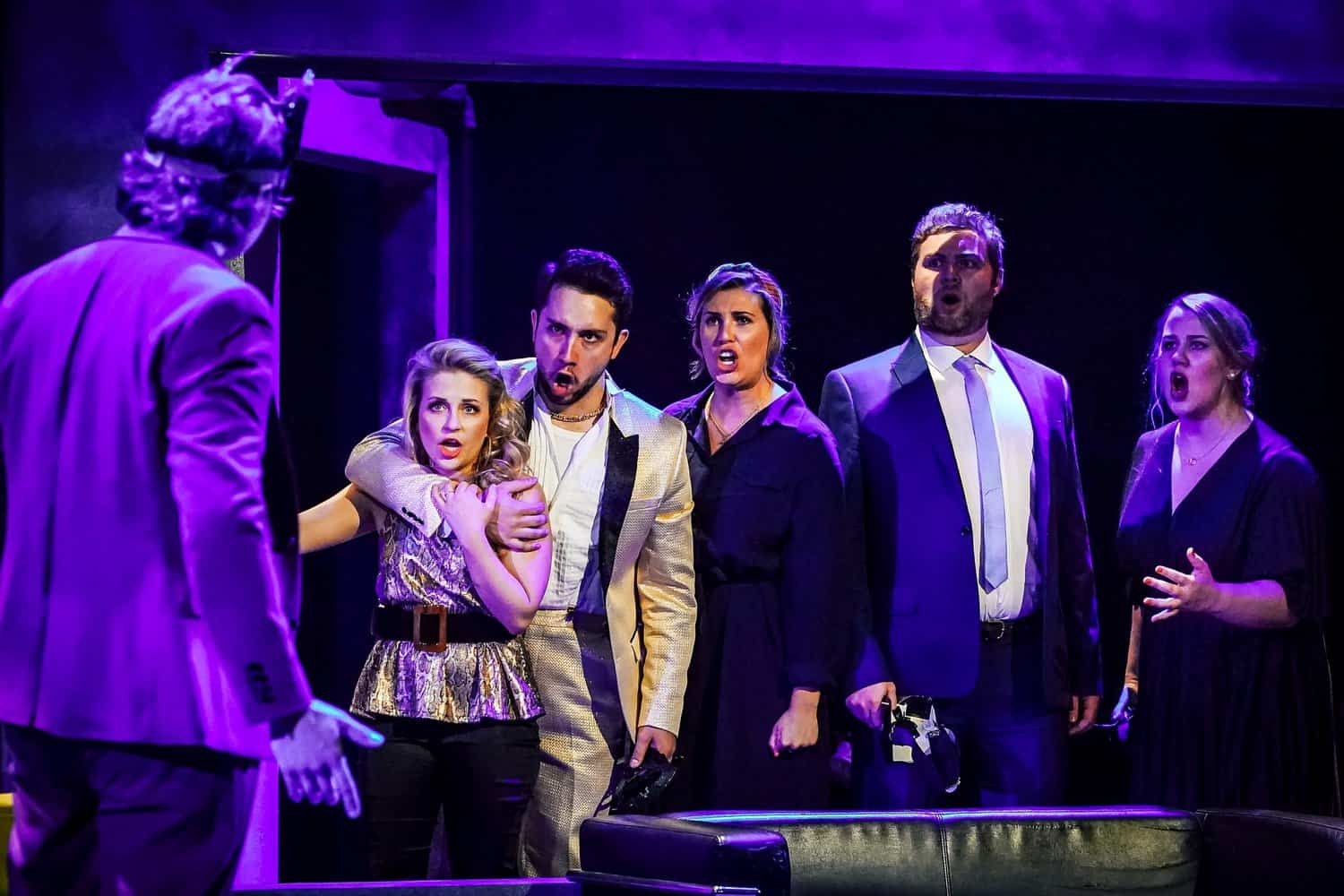 ‘Multum in parvo’ could easily be Clonter’s motto. Year after year, this little theatre deep in the Cheshire countryside creates surprising ripples … that regularly flow into wider operatic streams and rivers. Clive Timms had announced his retirement last summer after 29 years as an associate of Clonter (nine as music director) but was persuaded to return for a 30th. His  orchestra, Clonter Sinfonia, played far beyond what you might expect from string and wind quintets underpinned by timpani and harpsichord (Valeria Racco)… Mozart provides unrelenting pressure for his players; this taut group weathered them all, remarkably so… The eight principales hailed from 7 countries, further evidence of Clonter’s reputation… (Fabian) Langguth’s warm, flexible baritone never less than engaging and often much more. His Italian was impeccable. The other standout in this talented cast was Alexandra Lowe’s committed Elvira, tearing at the heartstrings with an impassioned but nicely focused ‘Mi tradi’. Eliza Boom’s prettily sung Anna hinted at deeper hypocrisy. Andrew Henley’s Ottavio did not, but he was never the wimpish suitor of tradition and he kept his head during a slightly rushed ‘Il mio tesoro’. Steven Fort brought a firm bass to his persuasive Commendatore. Distinctive contributions from Alexandra Oomens’s Zerlina, Simon Grange’s put-upon Leporello and Jacobo Ochoa’s downtrodden Masetto rounded out this well-balanced team, who provided their own chorus. Multum in parvo indeed.