WHERE IT ALL BEGAN…

A Congleton-born baritone singer, whose career choice began from a primary school visit to Clonter at the age of 8, will star for the first time on Clonter’s stage later in the month.

Jordan Harding, who studied Music at the University of Manchester and the Royal Northern College of Music, will play the role of the local vicar in this very English opera about the machinations which goes on behind the scenes of a village fete.

Clonter is absolutely delighted to welcome Jordan back (since he was 8 yrs old or so) to Clonter to play one of the key roles in this opera, which is considered the best operatic comedy of the last century.
. 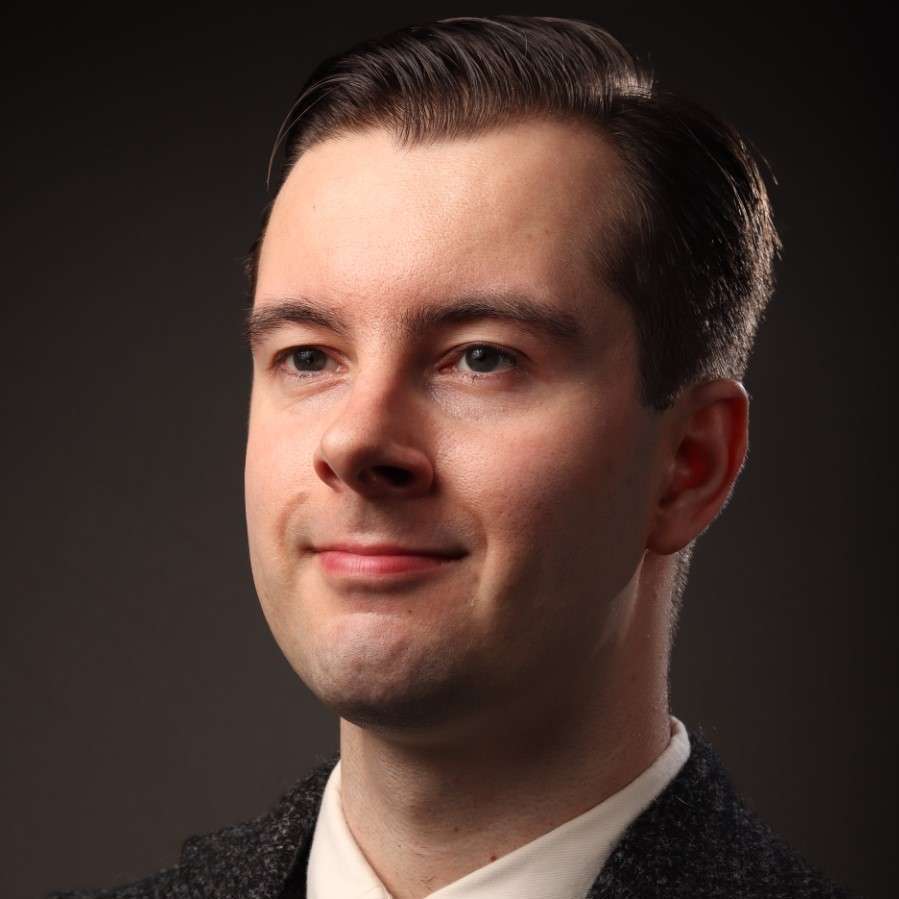 ‘Many Opera lovers have stories about how they first experienced Opera. As a young baritone on the path to a professional singing career, I am no exception. Most of us don’t encounter opera too often in everyday life. We are rarely ambushed by arias on Saturday night television, nor do we have Figaros foisted upon us on breakfast radio. Opera, even for professionals, has often been a personal discovery. For some, their first time may have been a trip to the London Coliseum or the Leeds Grand Theatre. In mainland Europe, where Opera is part of a lively contemporary theatre scene, it isn’t uncommon to find opera houses even in small towns. However, it is almost unheard of in the UK. Unless, that is, you happen to live in Congleton.

For many of my colleagues, opera is in their background. From a theatre loving friend to musical parents, somebody was there to make an introduction. That was not the case for me. To this day I receive puzzled questions from my family, for whom my fledgling singing career is like a strange alternative lifestyle. Do they always sing loud and high? Will it be in a language I don’t understand? Don’t all operas go on for four hours? (The answer to all of these questions being a resolute ‘not nearly as often as you might think!’) in other words, They wish me every success with my career but would never have thought to book a ticket to the Opera themselves. Instead, my first encounter came when, as a young pupil at Astbury School, we were herded into a big Bostocks coach by overwrought teachers decked out in hi-vis jackets for an unforgettable school trip. 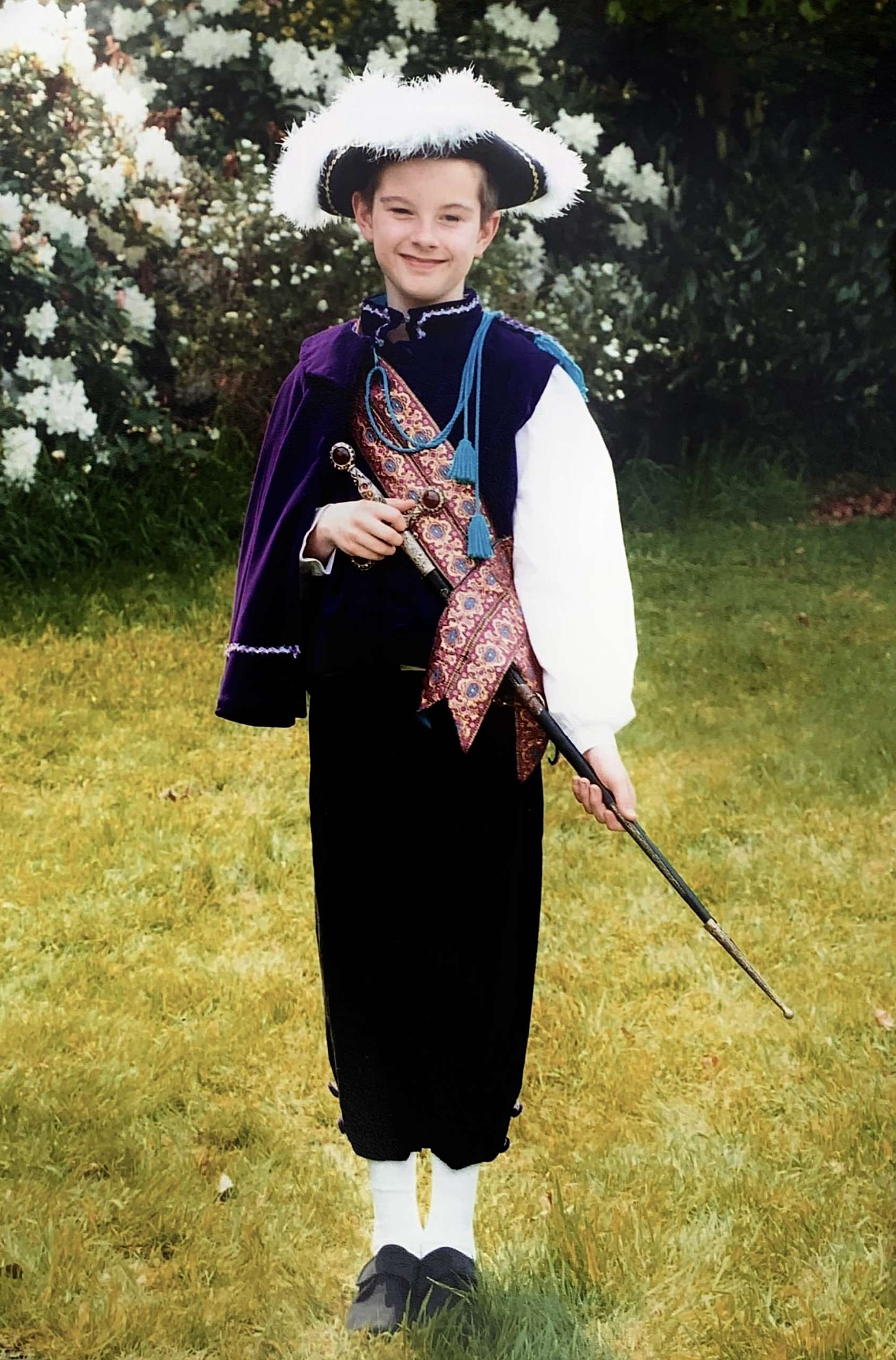 Young Jordan – Page in the Astbury May Day Parade

We attended a workshop and performance at Clonter. We played theatre games, acting as characters in a staged scene, before sitting down to be introduced to the singers. One of them stood before us. He seemed impossibly tall to me, towering over us with a noble confidence. He started to sing in a beautiful strong voice that filled the room with pure emotion. The song he sang was Maria from Bernstein’s West Side Story and his resonant voice was that of a trained opera singer. We then proceeded to the theatre. Sitting in the balcony, the distance down to the pit seemed impossibly great to me as looked down to the people below. I experienced how the room filled with anticipation before the lights went down and the curtain came up. I heard operatic music for the first time.

It would be misleading to suggest that I left Clonter as a juvenile Opera aficionado. I didn’t start collecting Maria Callas records or book myself a ticket to La Scala. The workshop at Clonter sparked my curiosity. I became interested in theatre. I began to write plays for me and my school friends to perform and joined local theatre groups. Later, I developed an interest in singing. I started to take lessons at the age of 12. I tried my hand at many different kinds of music, I picked up the saxophone and loved playing jazz. During an event at which I was playing , I bid on and won tickets to see a production of Die Fledermaus at Clonter. My fledgling interest in opera grew from there. From then on, I attended every production. I became a familiar face in the audience before I was established as a singer. When I went on to study Music at the University of Manchester, I chose to focus on classical singing. I continued on to a Masters in voice at the Royal Northern College of Music. Since then, I have come to know the people who made my first encounter with Opera possible as a singer in my own right. Shortly, I will sing in Clonter’s production of Benjamin Britten’s wonderful comedy Albert Herring. I wonder, as I ready myself for rehearsals, who will be in the audience as I take to the stage. I wonder how many will be learning to love this mesmerising form of musical theatre and whether there may be a voice in the crowd that will follow in my footsteps. 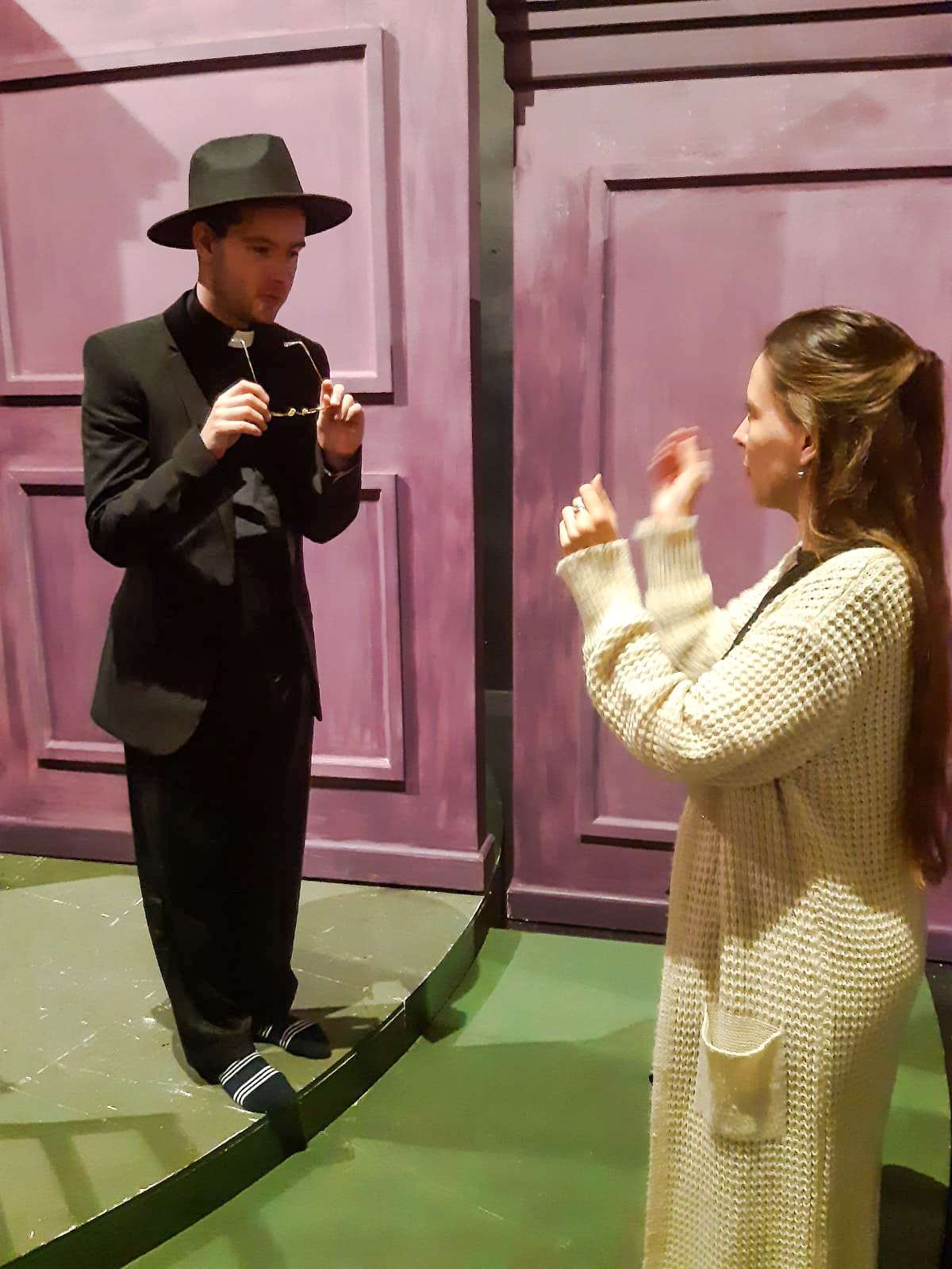 Jordan getting into costume to play Mr Gedge, the Vicar

We live in an unprecedented time for performers with a disability. Although it may not be immediately obvious to an audience or to the casual observer, I have a visual impairment. I am registered as severely sight impaired. People often expect that disability will play a pivotal role in my art and career. As performers with a disability we are often met with concerns about how we will integrate with our colleagues and the environments we perform in or else our disability is seen as a catalyst for some kind of heightened artistic sensitivity.

There are certainly an increasing number of phenomenal projects that centre disabled pedometers and their experiences. However, the reality for me as a visually impaired performer in Opera is sometimes, unusually, less dramatic than one might imagine. Staging an opera is a complicated business. To create an immersive drama that is synchronous with music demands great precision. As a singer I know where I’m going to stand, what I’m going to sing and how I’m going to sing it far in advance of a performance. The challenge we face is to imbue our very precisely crafted performances with spontaneity. Opera is a wonderful leveller for visually impaired performers, who are used to having to work precisely in everyday life to navigate in a world built around the needs of the fully sighted majority. What is exciting for me is that we live in a time where it is increasingly common to see performers with a disability on the professional operatic stage. Twenty years ago it would probably have been impossible for me to embark on a singing career. Today, however, I am able to follow in footsteps of handful of exceptional performers in Opera who, like me, live with a visual impairment. It is happening!’