DESIGNER IN THE SPOTLIGHT 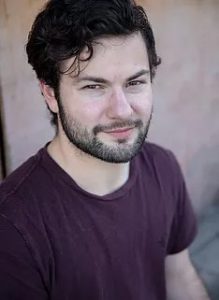 Nate Gibson is designer for opera, theatre, and dance in the US and UK.

Graduated from Alfred University (NY) in Interdisciplinary Art, Nate then moved to the UK to complete the MA in Design for Performance at the Royal Welsh College of Music and Drama (RWCMD). He has since been living and working primarily in London.

Photo Diary – The Marriage of Figaro 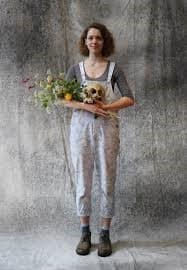 Designer in the Spotlight – La bohème 2018

Grace is a designer for performance based in London and currently undertaking a full-time assistant residency in the National Theatre’s design studio. In 2019 she was a finalist for the JMK Award with Jocelyn Cox, and for the inaugural Naomi Wilkinson Award for Stage Design with Told by an Idiot. She graduated with a First Class BA (Hons) in Design for Performance from the Royal Welsh College of Music and Drama in 2017.

“Theatre makes us less alone. It brings us together and it shares stories. Design is a powerful means of uniting audience, performer, narrative and atmosphere.

I have an intellectual, discursive and collaborative approach to design based on thorough textual analysis, which stems from wide-reaching interests in art, history, literature and politics. I have a particular interest in the relationship between gender, race, disability, climate and queer politics and performance.

Now more than ever, theatre needs to keep pushing boundaries, providing platforms for oppressed voices, and creating environments where disparate groups of people come together to think and to feel. I want to be a part of making that happen.”

Designer in the Spotlight – La traviata 2016

Designer in the spotlight

2017 The Marriage of Figaro – Directors Talk

The Marriage of Figaro Photo Album