.
.
Due to the fact that the original cast, staff and crew – The Company – were gathered for 2020, understandably some have now got other offers and commitments, and therefore you will notice some changes in the cast and staff line up.

Henry Neill performed the role of Figaro in Clonter’s production of The Marriage of Figaro in 2017, and Clonter couldn’t be more delighted that he will be returning to perform this character again, in the first of the Beaumarchais trilogy of Figaro comedies. To see Henry Neill in action, follow this link. 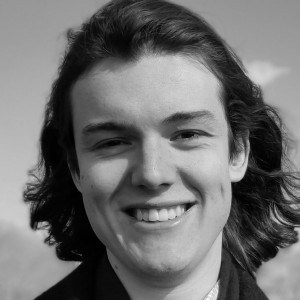 Samuel Kibble recently completed his postgraduate studies at the Royal Academy of Music, for which he earned a distinction. He was also awarded a Diploma of the Royal Academy of Music for an outstanding final recital. Recent operatic roles include Arcetro L’Euridice (Caccini) and the title role in Jonas (Carissimi) with Ensemble Orquesta in Hastings, The Rooster The Cunning Little Vixen for Royal Academy Opera, Henry Crawford Mansfield Park (Dove) and Le Remendado Carmen with Durham Opera Ensemble and Eisenstein Die Fledermaus for Royal Academy of Music Opera Scenes. Other solo performance highlights include Bach’s Cantata 198 ‘Trauerode’ with Masaaki Suzuki, Mozart’s Requiem with the London Mozart Players in Norwich and Beethoven’s An die ferne Geliebte at All Souls College, Oxford. In September 2021 Samuel will take up a place on the Opera Course at RAM, where he will continue his studies with teacher Richard Berkeley-Steele. 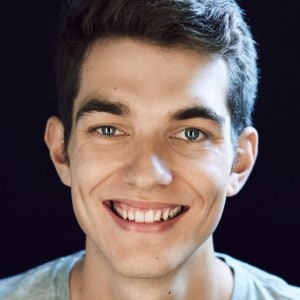 Adam Maxey is a British bass-baritone from Dorset. He has studied at the Guildhall School of Music and Drama and the Royal College of Music, and currently studies at the GSMD on their prestigious opera course under the tutelage of John Evans. He will be graduating in the summer of 2021. Adam works extensively in both concert and opera. Recent highlights include performing as King Tartaglia and Clamon The Little Green Swallow (J. Dove), Gil Il segreto di Susanna (E. Wolf-Ferrari), Melibeo La fedelta premiata (J. Haydn), the Ambasciatore and Boscaiuolo La bella dormente nel bosco (O. Respighi) as and as the Apothecary in Amy Crackshaw’s new work The Apothecary (the latter two part of the GSMD’s virtual opera series during the covid-19 lockdown) and Don Magnifico in British Youth Opera’s production of La Cenerentola (G. Rossini’s). 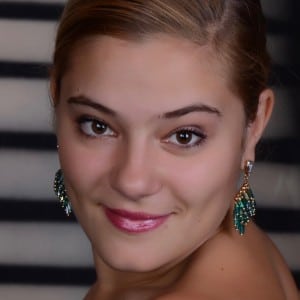 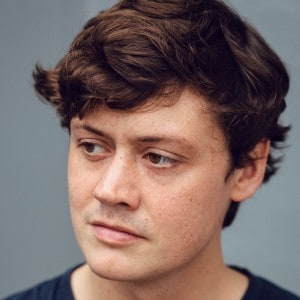 British Baritone Henry Neill performed at Clonter Opera in 2017 as Figaro Le Nozze di Figaro. From 2017-19 he held a position in the ensemble of the Deutsches Nationaltheater, Weimar, where he played roles such as Papageno Die Zauberflöte, Conte Le Nozze di Figaro, Guglielmo Così fan tutte, Silvano Un ballo in maschera and Angelotti Tosca. Other appearances include Schaunard La Bohème with Opera North, Papageno Die Zauberflöte with Opera Pä Skäret and guest appearances with Grange Festival Opera, English Touring Opera and Theater Erfurt. Henry was nominated as best newcomer for Opera Magazine´s Critic´s award (Germany) and was the winner of the 2016 Royal Overseas League Singing Competition. He has appeared performing song at Wigmore Hall, on BBC Radio 3´s In tune and at the International Holland Music Festival. Future engagements include opera projects with the Vienna Boys Choir, Théâtre Fribourg and Grand Théâtre Genève.. 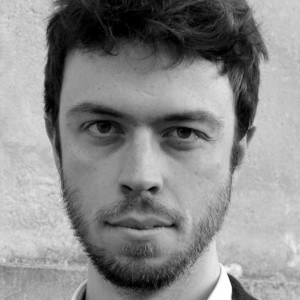 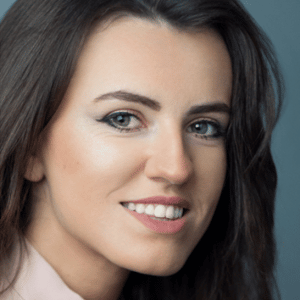 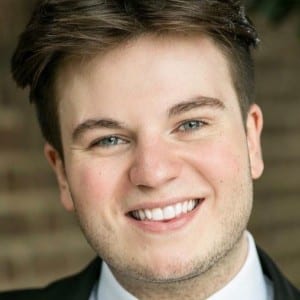 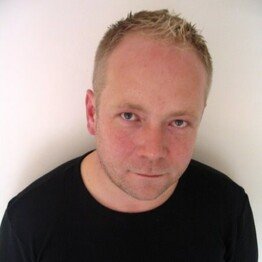 Philip was born in Norwich and educated at the Cathedral School. A graduate of the Royal Academy of Music and the National Opera Studio, Philip began his professional like as a repetiteur, working for all the major opera companies in the UK.  This led to many conducting opportunities, first with English Touring Opera, for whom he conducted Marriage of Figaro, Cenerentola, Pearl Fishers, Daughter of the Regiment and Cosi fan tutte. In 1999, having worked as an assistant conductor at Opera North, Philip was appointed Chorus Master, a role he performed for five years. Whilst working for Opera North he conducted La traviata and the company’s acclaimed production of Sweeney Todd, as well as numerous concerts including the Brahms’ Requiem in York Minster. Philip has continued to conduct for ETO, winning an Olivier Award for Paul Bunyan in 2015 and returned the following year with Tales of Hoffman. He was music director to Swansea City Opera and W11 Opera for Young People and Chorus Master at the Bregenzer Festspiele. In 2014 he was commissioned by the Saffron Hall to write an opera for over 200 schoolchildren, professional singers and orchestra. The Glass Knight was first performed in the Saffron Hall, Saffron Walden in March 2015.  Advent Calendar, a setting of biblical texts and a poem by Ronan Williams, was premiered in St Mary’s church, Saffron Walden in 2018. Philip is delighted to return to Clonter Opera, having conducted Rigoletto in 2009, a particularly exciting time as his son was born prematurely during the final stage and orchestra rehearsals! Philip is currently Head of Preparatory and Vocal Faculty Opera at the Royal Academy of Music, for whom he conducted Cunning Little Vixen in 2019. 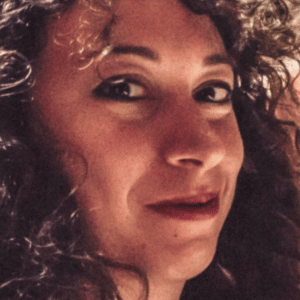 Italian pianist, coach and conductor Valeria Racco collaborates regularly with opera companies around the UK, such as Opera North, Garsington Opera, Clonter Opera, Clonter Opera and Grange Festival and Theater Hagen (DE). She held the prestigious position of Trainee Repetiteur at English National Opera for the 2017/2018 season. Since 2017, Valeria holds the position of Opera Role Coach at the Royal Academy of Music and works with Guildhall School of Music and Drama, Royal Birmingham Conservatoire and Leeds College of Music. Valeria has played for numerous productions working side by side with international conductors and directors such as Karen Kamensek, Leo McFall, Martyn Brabbins, Keri-Lynn Wilson, Hilary Griffiths, Antony Hermus, Daniel Kramer, Phelim McDermott, Edward Dick, Martin Lloyd-Evans and Clive Timms. Valeria has worked with internationally renowned singers such as Anthony Roth Costanzo, Brindley Sherratt, Michelle Young, Latonia Moore, Giselle Allen, Robert Hayward, Sarah Pring and Rafael Rojas. She returned as pianist to ENO in the 2018/2019 season for the Olivier Award winning production of Akhnaten. Valeria studied at Guildhall School of Music and Drama at the prestigious Opera Course under the direction of Dominic Wheeler, where she has been involved in several productions as music director and pianist. 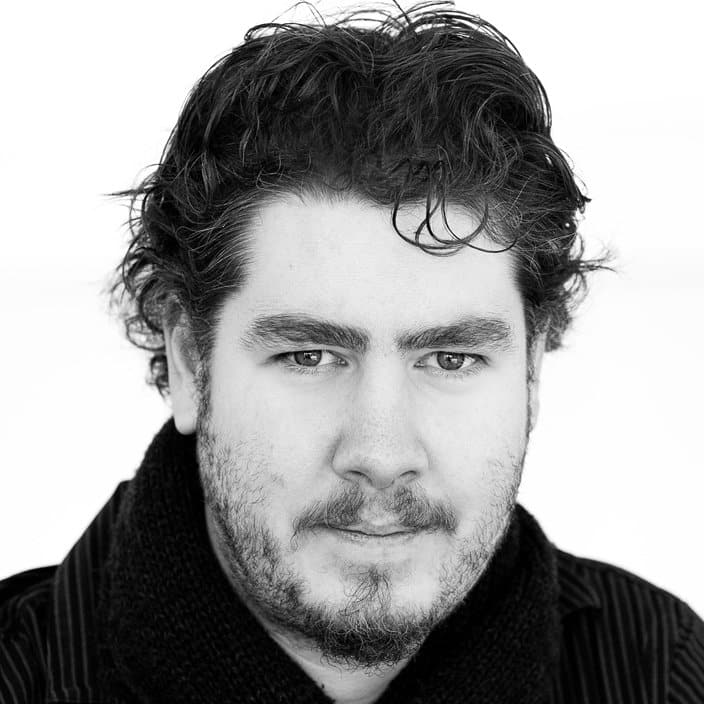 Australian stage director Greg Eldridge studied Performing Arts and Law in Melbourne, before training in Opera Directing in Florence, Italy. In 2013, he became the youngest-ever Young Artist director at the Royal Opera House Covent Garden, where he has now worked on over 20 productions. After directing acclaimed productions of La scala di seta (Rossini), The Lighthouse (Davies), and act 1 of Cosi fan tutte (Mozart), the Royal Opera created the position of Jette Parker Associate Director especially for Greg, which he held until 2016. A former Bayreuth Scholar, Greg has been engaged at leading international houses including Scottish Opera, Den Norske Opera, The Israeli National Opera, Oper Frankfurt, The Icelandic Opera and Opera Australia, winning several directing awards. Having served 3 years on the board of Stage Directors UK, Greg is currently the Associate Professor of Opera Directing at the College-Conservatory of Music in the United States. 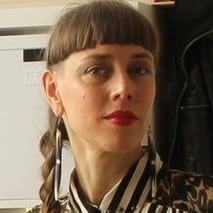 Bettina John is an international set and costume designer for theatre, opera, dance and music originating from Germany, where she graduated from a fashion design degree in 2007 from Kunsthochschule Burg Giebichenstein. After having worked as a costume designer and maker as well as an educator and mentor for aspiring designers, she enrolled in a master program in theatre design at Wimbledon College of Art, from which she graduated in 2018. As well as working as a set and costume designer, Bettina John develops and presents work at the intersection of visual and performing arts, often outside the boundaries of the theatre space.

Due to Covid, the capacity is still under review, which will affect the ticket prices, hence the delay in the opening of the booking period, but we hope to open this shortly. Updates via email will be forthcoming. If you are not on our mailing list, please do consider subscribing. Click here to subscribe.

Until next week, take care and Happy Easter!